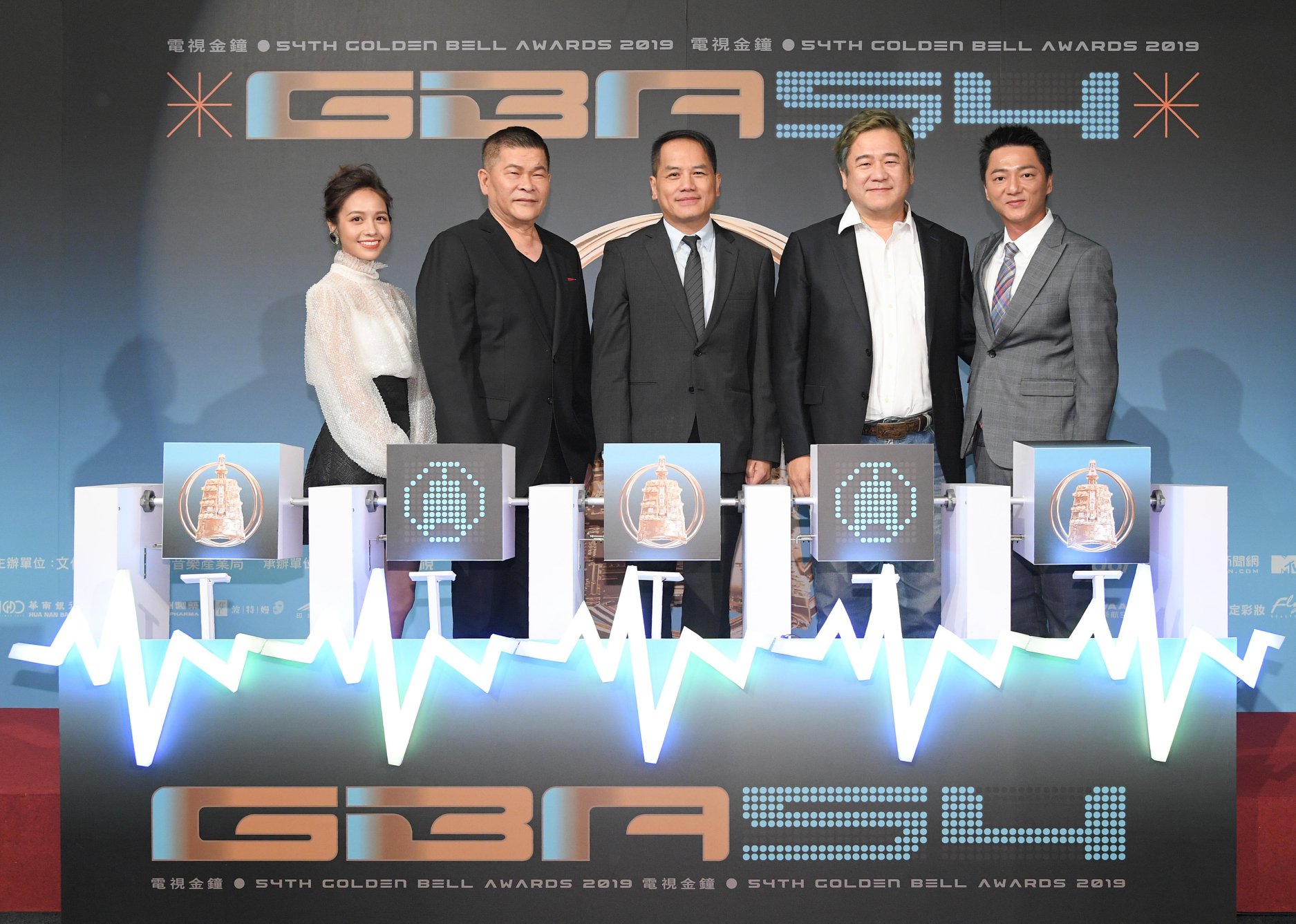 The Ministry of Culture's Bureau of Audiovisual and Music Industry Development held a press conference on Aug. 28 to announce the finalists of the television category of this year’s Golden Bell Awards as well as the 2019 winners of its special awards.

This year, 153 companies and 1,995 entries have registered to compete for the television category of the Golden Bell Awards. Compared with the 1,876 entries in 2018, the competition is more intense this year. This year's chief jury member Arthur Chu You-ning (瞿友寧) and the panel jury reviewed and discussed the entries for over two months.

From the 1,995 entries, 191 finalists were selected in contention for 39 awards. The recipient of this year's Lifetime Achievement Award was announced by Peng Chia-chia (澎恰恰), director of the special awards committee, to be veteran TV host and actress Chang Hsiao-yen (張小燕).

Deputy Minister of Culture Peng Chun-heng also attended the press conference to participate in the prelaunch ceremony of the 2019 Golden Bell Awards. By rotating a visual display of 54 square panels, he announced the start of the award's 54th edition. The symbolism also extends to the power of camera lens and behind-the-scenes endeavors in the television entertainment industry and the spirit of the awards' 54th theme — "I am, therefore I believe."

The awards ceremony for the television category of the 2019 Golden Bell Awards will be held at the Taipei-based National Dr. Sun Yat-sen Memorial Hall at 7pm on Oct. 5. Overseas viewers will be able to watch the ceremony live on SET International, Singapore STAR HUB, Malaysia Unifi TV, and CTi North America. Streaming options also include audio and video platform Vidol, SET's news site, the Golden Bell YouTube channel, LINE TODAY, and LIVE ME.