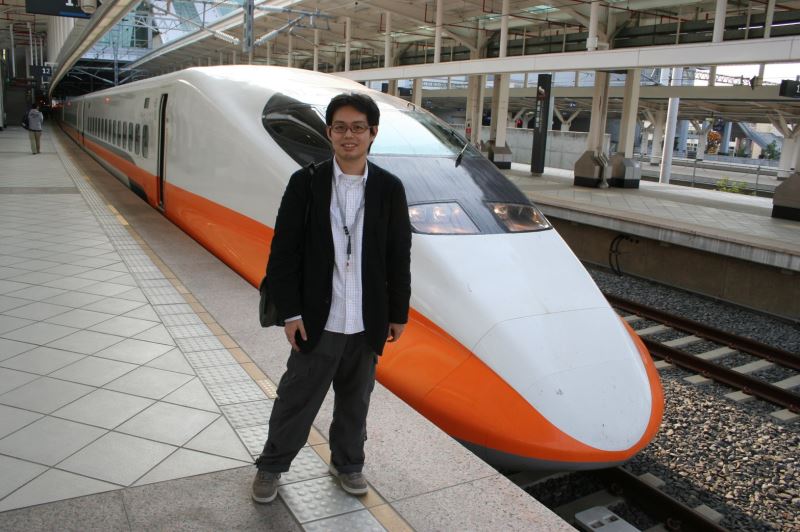 The National Railway Museum Preparatory Office was officially approved and established by the Executive Yuan on Aug. 13 this year, and the Ministry of Culture has announced that the office's inaugural director will be National Taiwan Normal University (NTNU) geography professor Dr. Hung Chih-wen (洪致文).

The former Taipei Railway Workshop, which occupies 17 hectares of land in the Taiwanese capital city, is being transformed into the National Railway Museum. A series of organizational and infrastructural preparations are set to run from 2017 through 2026, focusing on preparation of the entire site and section-by-section restoration and re-opening to the public.

Dr. Hung is well known both in Taiwan and abroad for his expertise in railways. Since earning a doctorate from University of California, Los Angeles (UCLA), he has gone on to teach at both Chinese Culture University and NTNU, as well as dedicating years to the promotion of research into and preservation of railway culture. He is a founding member of the Railway Cultural Society of Taiwan (中華民國鐵道文化協會) and currently serves as executive director of the Transport Heritage Society of Taiwan (臺灣交通文化資產保存學會).

In addition to his academic work, Dr. Hung is a long-time proponent of the conservation of Taiwan's railway cultural heritage, with a particular focus on preservation of the various regional railways around the nation. He has been involved in a variety of social movements, from saving branch lines to major landmarks such as the Changhua Roundhouse and Taipei Railway Workshop.

Minister of Culture Cheng Li-chiun has stated that she believes Dr. Hung's directorship will introduce another level of professionalism and energy to the office, accelerating museum preparations and helping bring together relevant resources.

Under his leadership, the team will undertake the planning work for the overall museum and affiliated park areas — along with the preparatory office's core tasks involving the development of files, historical materials, museum collection, research work, exhibitions, and educational work — to realize the Ministry's vision for the National Railway Museum.

The Ministry also hopes that through the establishment of this museum, a new benchmark for Taiwanese museums will be set by giving the people of Taiwan the chance to better understand the nation's railway origins and, ultimately, their roots and themselves.