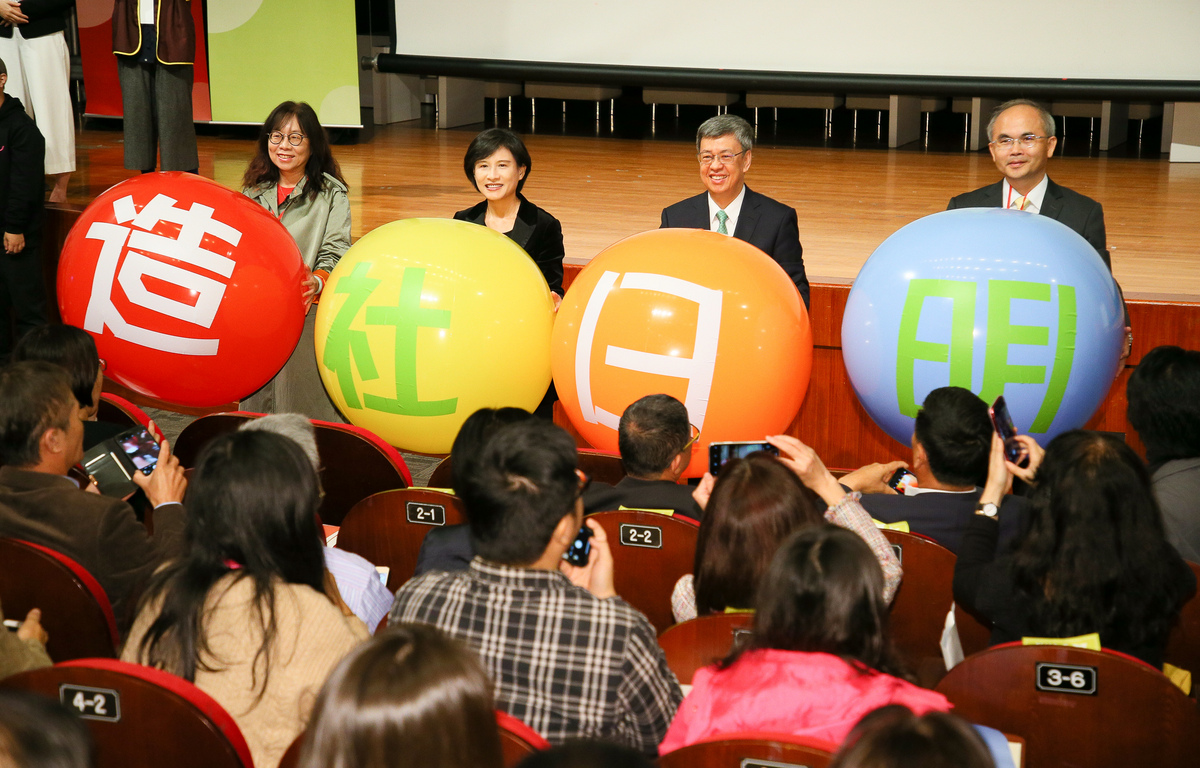 Regarding public governance, Cheng said that the Ministry will integrate the nation's community-building policies and ensure compliance in accordance to the Cultural Fundamental Act (文化基本法, previously known as the draft Culture Basic Law), the legal basis and bedrock for cultural governance in Taiwan.

On the generational progress front, the focus is to spur cross-generational dialogue and build trust between generations. For example, a regional platform for youth participation should be in place, and so should an environment conducive to young people's employment and entrepreneurship, the Minister said.

Taiwan should also establish a comprehensive caretaking system and cross-generational lifelong-learning programs, she said, adding that the Ministry will encourage teachers and local residents to team up and formulate proposals to forge deeper ties between educational institutions and their surrounding communities.

Regarding efforts to enhance pluralism, the Minister said it is essential to create a barrier-free environment that allows for diverse groups to have equal opportunities to participate in public affairs. The environment, she said, should not only help communities carry out experimental plans aimed at developing support systems for groups with different needs, but also promote inclusion of such groups in Taiwanese society.

Furthermore, Cheng said, a participatory budget-drafting mechanism is the key to enhancing the participation of diverse groups in the joint creation of public budgets.

As for social co-innovation, Cheng said the Ministry will take on a coaching role guiding communities to set up an idea-sharing platform – a medium that will facilitate exchanges and ideas on community-building practices with other countries. The Ministry will also implement "Culture X Tech" policies to spur innovation and cooperation between culture and technology.

Apart from the four pillars that the Minister addressed, participants also touched upon subjects such as the establishment of a cross-ministerial collaboration platform, plans for rural revitalization, and the possibilities of Taiwan’s higher-education institutions adopting university social responsibilities (USR) that address the needs of neighboring communities.

As community-building development in Taiwan is set to enter the next phase, the government should break away from old precedents, embrace innovation and originality, and create a public governance model that is more conducive to community building, Cheng said.

While drafting Taiwan's community-building white paper, the Ministry will also solicit ideas and opinions from all areas of society, the Minister concluded. The paper is expected to be unveiled before June 2020.