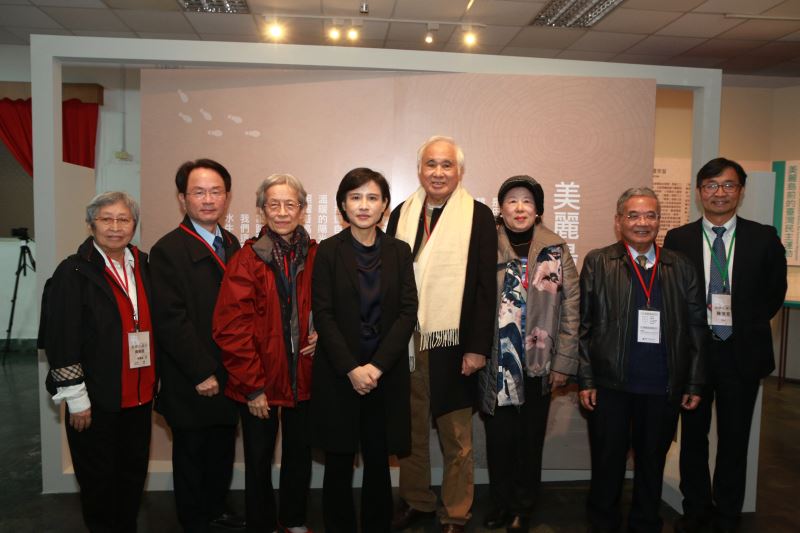 A special ceremony was held on Dec. 7 in Taiwan to mark the upcoming International Human Rights Day and the 40th anniversary of the Kaohsiung Incident, a watershed moment in Taiwanese history when the government cracked down on pro-democracy demonstrations on Dec. 10, 1979.

The ceremony was attended by Vice President Chen Chien-jen and Minister of Culture Cheng Li-chiun, along with about 200 survivors and families of victims of White Terror, a period of oppression under martial law in which tens of thousands of citizens were wrongly imprisoned and persecuted on false charges. The events were hosted by Jing-Mei White Terror Memorial Park, a museum housed on the site where political prisoners were imprisoned during that period.

Speaking at the ceremony, the Minister paid tribute to those who fought for Taiwan's democracy and also expressed her appreciation to those who donated historical materials relating to the dark chapters in Taiwan's history.

"We should always bear in mind that the Kaohsiung Incident is not only a crucial event in Taiwan's democratization history, it also embodies the spirit of an entire generation devoted to the pursuit of democracy," Cheng said.

Echoing the Minister, Vice President Chen said that if it weren't for the Kaohsiung Incident, Taiwan would be without democracy today. He added that Taiwan has now been widely recognized as the beacon of democracy in Asia by many visiting foreign lawmakers and dignitaries.

To commemorate the far-reaching event, an exhibition called "The Kaohsiung Incident: Boarding Station for Taiwanese Democracy" is being held at the National Human Rights Museum's First Court, where trials stemming from the incident were held in 1980.

The exhibition, which runs through Sept. 30, 2020, offers a trove of historic materials providing the socio-political context of the incident. It also incorporates augmented reality to help visitors revisit the military trials of political prisoners and reflect on their historical significance.

The Kaohsiung Incident was triggered by a gathering held in the southern city on Dec. 10, 1979 to mark International Human Rights Day. The protests later led to a police crackdown on affiliated members of "Formosa Magazine," a publication critical of the ruling regime headed by Kuomintang (KMT).

With branch offices established nationwide at that time, the magazine served as a nameless political party by calling for the removal of martial law, constitutional reforms, and re-elections for national representatives, becoming extensively known as a catalyst for democratic consolidation in Taiwan.