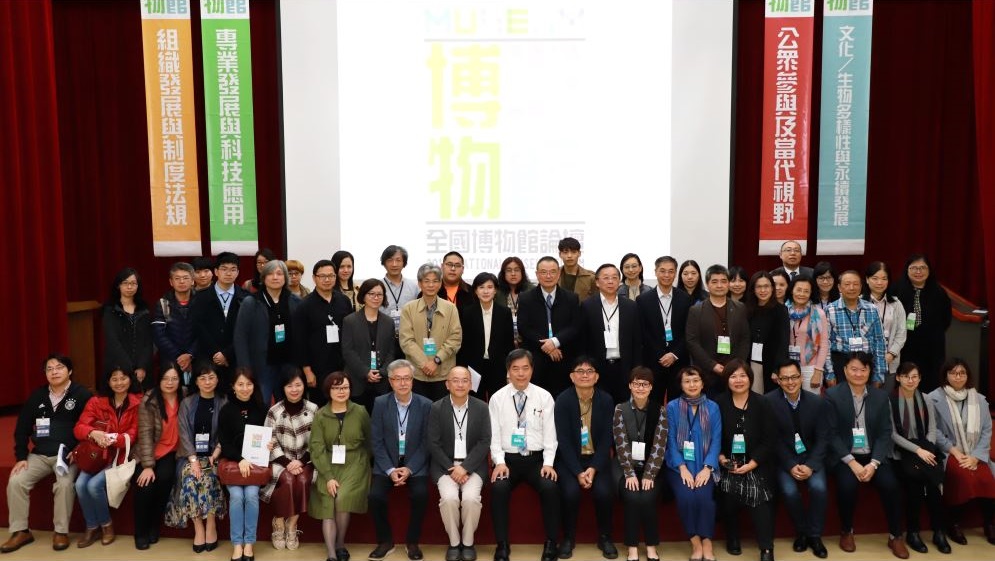 Traditionally passive observers, museums in Taiwan are now set to take on a more active role, echoing the new proposed definition of museums that describes the institutions as "democratizing, inclusive and polyphonic spaces for critical dialogue about the pasts and the futures." This description was the subject of intensive discussion at the 25th General Assembly of the International Council of Museums (ICOM) in Kyoto, Japan this September.

A taskforce consisting of scholars, experts, and civil groups will be launched to tackle how museums might best adapt to society's new expectations, Minister of Culture Cheng Li-chiun announced at the final National Museum Forum in Taipei on Dec. 22. The taskforce will also join the Ministry of Culture to formulate a museum white paper, she said, adding that after which amendments will be made accordingly to The Museum Act (博物館法).

The four-part forum program kicked off on Nov. 16, taking up topics on how museums reposition themselves in a contemporary, digital, and participatory society — an issue that the ICOM session heatedly debated — and addressing such themes as public participation, organizational development, the applications of technology, and the sustainability of cultures and nature.

Museums, Cheng said, should not only be social learning spaces for knowledge, but also serve as the "conscience of a cultured society (知識型社會良心)" that represents the wide spectrum of diversity in society and facilitates thought-provoking dialogues, which in turn will consolidate the role of museums as institutions that promote cultural citizenship. Here, cultural citizenship is defined as social and political rights that include the full recognition of minority groups and cultural diversity.

While calling on the central government to facilitate the development of different types of museums and support cultural institutions that nurture and uphold the identity of different groups, the Minister said a ministerial department will be launched to supervise museum management and nationwide strategies.

The proposed white paper and revisions to The Museum Act, meanwhile, seek to conduct a wide-ranging review of national museum policies, covering related regulations, budgets, and a performance evaluation system. Outlining the road ahead, Minister Cheng explained that the Ministry will set aside a proportion of the national budget for museum operations and re-shape current funding models to better support the delivery of medium- and long-term goals.

On the technology application front, the Taiwan Cultural Memory Bank (國家文化記憶庫) and the Museum Demo Project (臺灣行卷－博物館示範計畫) — two projects gaining momentum in recent years for preserving the nation's collective memories and digitizing museum collections — will take the lead in the coordination of digital governance framework for museum operations, while giving the public greater access to these collections, the Minister said.

To expand the social influence of museums and raise the profile of Taiwan's cultural heritage, the National Museum Forum has also coined the acronym "MLAUCNI"— which stands for museums, libraries, archives, universities, corporations, non-profit and non-governmental organizations, and institutions — to encourage the formation of alliances and exchanges among such agencies.