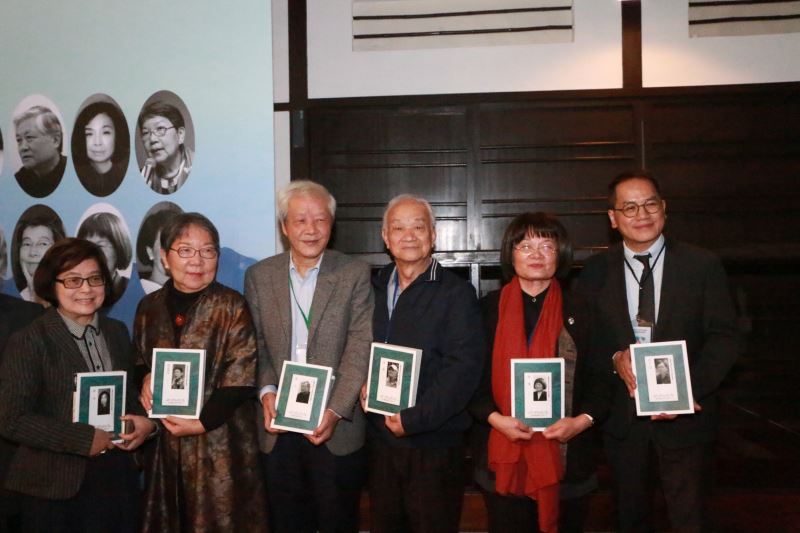 The launch of a 10-volume collection on contemporary writers took place on Dec. 20 at the Qidong Poetry Salon, the fortress of poetic renaissance in Taipei, bringing together renowned literary figures to observe the achievements presented by the "Compilation of Contemporary Writers in Taiwan (臺灣現當代作家研究資料彙編)," an ongoing project launched by the National Museum of Taiwan Literature in 2010.

Compiled by scholars and authors, the latest collection includes photographs, manuscripts, a detailed biography, and an extensive anthology to illuminate the literary journey of ten featured writers. Among them are late popular writer Wu Man-sha (吳漫沙) and veteran author Yin Dih (隱地), who is also the founder of Elite Books, a decades-old publishing house that has published multiple classical works from Taiwan literature.

Prominent poet Wu Sheng (吳晟), who is best known for writings replete with affection for his homeland, and Shi Shu-ching (施叔青) and Jiji (季季), two representative women authors of modernism and feminism in Taiwan's contemporary scene, are also among the ten writers.

Speaking at the event, Deputy Minister of Culture Peng Chun-heng (彭俊亨) expressed his appreciation for all those who contributed to the project that aims to paint a comprehensive picture of Taiwan's literary history.

While praising the project for connecting creative minds and researchers, Su Shuo-pin (蘇碩斌), director of the National Museum of Taiwan Literature, said the significance of these literary figures will be better preserved and promoted once an online literature database and e-books are introduced.

To support the project that has given birth to a total of 110 volumes, two participating scholars — Chen Fang-ming (陳芳明) and Hsu Wen-wei (須文蔚) — were also present at the Dec. 20 book launch.