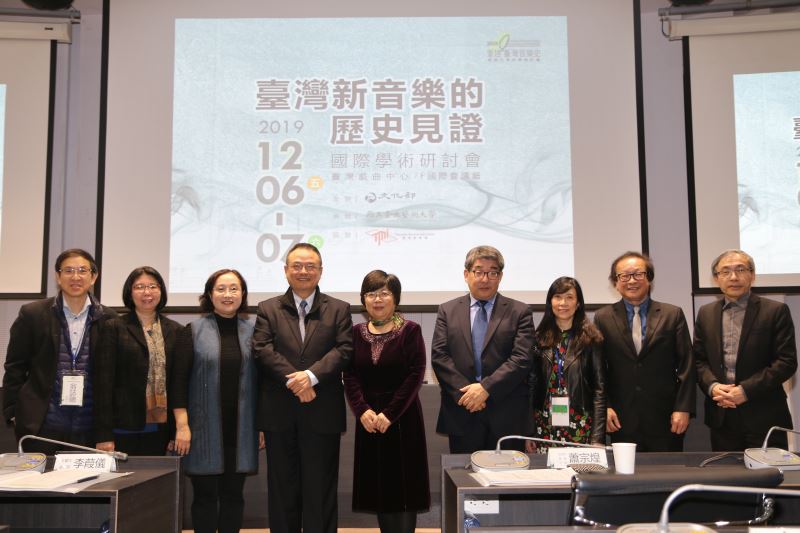 As part of the Ministry of Culture's ongoing efforts to reconstruct Taiwan's music history, an annual international symposium on Taiwan's contemporary music development took place on Dec. 6 and 7 at the Taiwan Traditional Theatre Center.

The two-day event sought to decode Taiwan's music evolution in its historical context by exploring how Hoklo, Hakka, indigenous, and western music have contributed to the richness and diversity of Taiwan's contemporary music. Topics including cultural diplomacy, the role of music in politics, and the origin of Taiwanese nursery rhymes were also touched upon.

As the event is now in its third year, music professor Yen Lu-fen (顏綠芬), lead organizer of the conference, said a platform for discussing ideas among scholars in the field has emerged. Inter-generational dialogue on Taiwan's music history was made possible by increased participation from young scholars, Yen pointed out.

Aside from the annual conference, Taiwan's music has also received greater appreciation from society and gained a wider range of audiences through performance, education, and promotion this year, Yen added.

The budget not only benefits the upgrade of cultural equipment and venues, but also bolsters the research on Taiwan's musical evolution and the preservation of precious music materials. Concert series such as "Sounds From Across Generations" and "Taiwan Music Image" were also made possible with support from FIDP.

More information on the ongoing reconstruction of Taiwan's music history is available at https://musichistorytw.com/.