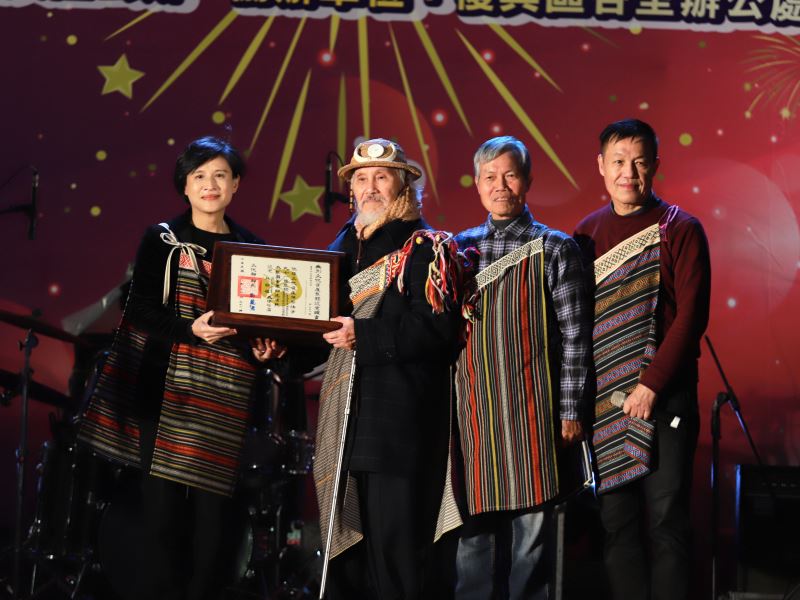 The Ministry of Culture has recognized the Atayal custom of "Lmuhuw na Msbtunux (泰雅族大嵙崁群口述傳統)" as the country's first nationally registered oral tradition. On the final day of 2019, Minister of Culture Cheng Li-chiun traveled to Fuxing District in Taoyuan to personally present a certificate to Watan Tanga (林明福), recognizing the Atayal elder as a preserver of this tradition.

Lmuhuw na Mbtunux is the first of its kind to be recognized since the addition of oral tradition as a category of intangible cultural heritage under the Cultural Heritage Preservation Act (文化資產保存法) in 2016. As this involved an item of indigenous cultural heritage, the Ministry of Culture invited a committee of indigenous delegates to participate in the review process, in line with the 2017 Regulations Governing the Cultural Heritage of Indigenous Peoples (原住民族文化資產處理辦法). After passing review, Lmuhuw na Mbtunux became Taiwan's first nationally registered oral tradition, as well as Taoyuan's first recognized piece of intangible cultural heritage.

The Lmuhuw oral tradition of the Atayal has been passed down through generations by means of dialogue and song, covering content including the origins of the Atayal people, their migratory history, the rules and teachings of their ancestors, and their cultural practices. It is practiced in three forms: pure speech, song, and speech followed by song. These are set traditional forms that have been maintained to this day.

Minister Cheng remarked that Lmuhuw is more than just a traditional performing art, it is also an embodiment of the culture and history of the Atayal and a crystallization of the knowledge and wisdom contained in their language. It also has an important societal function, playing a vital role in ancestor worship, marriage ceremonies, and consensus-building, and Watan Tanga has been crucial in helping keep this tradition alive.

Watan Tanga is the only Atayal elder remaining in Taoyuan capable of clearly reciting in ancient Atayal and the representative maestro of this oral tradition in the Dahan River basin. Teaching it to later generations in a romanized form, he was designated by the Ministry of Culture as a preserver of Atayal chant-song in 2012, and in 2018 he assembled a team of artists and 19 Atayal elders to compile "Lmuhuw Dictionary—A Glossary of an Atayal Oral Tradition (1)" as part of his unstinting commitment to passing on Lmuhuw.

With the passage of the National Languages Development Act (國家語言發展法) in early 2019, the report on the registration of this piece of intangible indigenous heritage was presented in both Atayal and Mandarin with the assistance of the Council of Indigenous Peoples. The goal of this is to further highlight the diversity of languages and cultures that Taiwan plays host to, and to take practical measures to promote the revitalization and development of minority languages in all corners of the country.