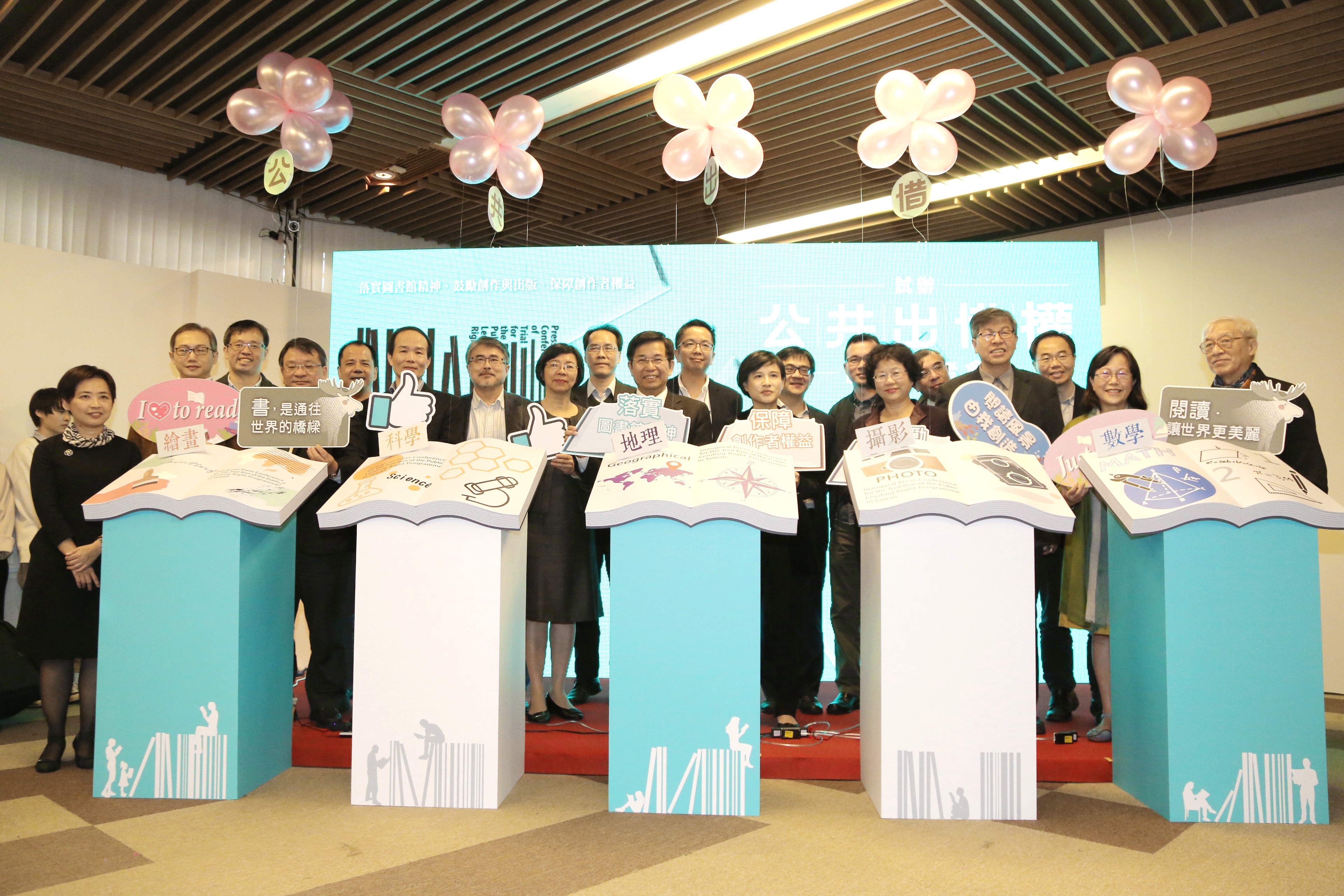 To promote publishing, library usage, and the lifelong habit of reading, Taiwan will become the first country in East Asia to introduce a Public Lending Right (PLR) scheme on Jan. 1, 2020. During the first stage, local authors and publishers will receive payment from the government when their books are borrowed from two designated libraries respectively in Taichung and New Taipei.

First announced in April 2019 by Premier Su Tseng-chang (蘇貞昌), the introduction of PLR on a trial basis enables authors and publishers to receive a payment of NT$3 each time their book is loaned out for free at the National Library of Public Information in Taichung and the National Taiwan Library in New Taipei. Seventy percent of the compensation will go to the author and 30 percent to the publisher.

In the trial stage, only books written by Taiwanese authors, released by the nation's registered legal entities or civil organizations, and published in Taiwan with a valid International Standard Book Number (ISBN) are eligible to receive PLR remuneration. Books written in languages other than Mandarin also qualify for the scheme, which will be adopted on a three-year trial basis from Jan. 1, 2020 to Dec. 31, 2022.

Taiwanese authors and publishers who wish to be eligible for the scheme must register by February 2021; remuneration will be issued in May of the same year.

Noting that Taiwan is the first country in East Asia to adopt the PLR scheme, Minister of Culture Cheng Li-chiun (鄭麗君) said that the joint program by the Ministry of Culture and the Ministry of Education evinces the nation's respect and appreciation for creativity and publishing. The two government bodies will work together to lay a solid foundation for the nationwide implementation of PLR through ongoing discussions and evaluations, she added.

According to Minister of Education Pan Wen-chung (潘文忠), there are 544 public libraries across the country. In 2018 alone, the libraries saw 91.98 million visits and 77.91 million book loans.

Taiwan's adoption of PLR is a step that authors and publishers have long been waiting for, Pan noted. As the PLR system is about to begin operations, he looks forward to more content creation and the publishing industry's continuous support for authors, which will in turn enrich library collections and enhance the public role of the national library system, he said.

The concept of PLR originated in the Nordic countries in the 1940s and was first implemented by Denmark in 1946. Today, more than 30 countries have adopted PLR, with Europe being the region with the highest number of adoptees. In 2018, the United Kingdom became one of the first countries to extend its library-lending compensation scheme to ebooks and e-audiobooks.