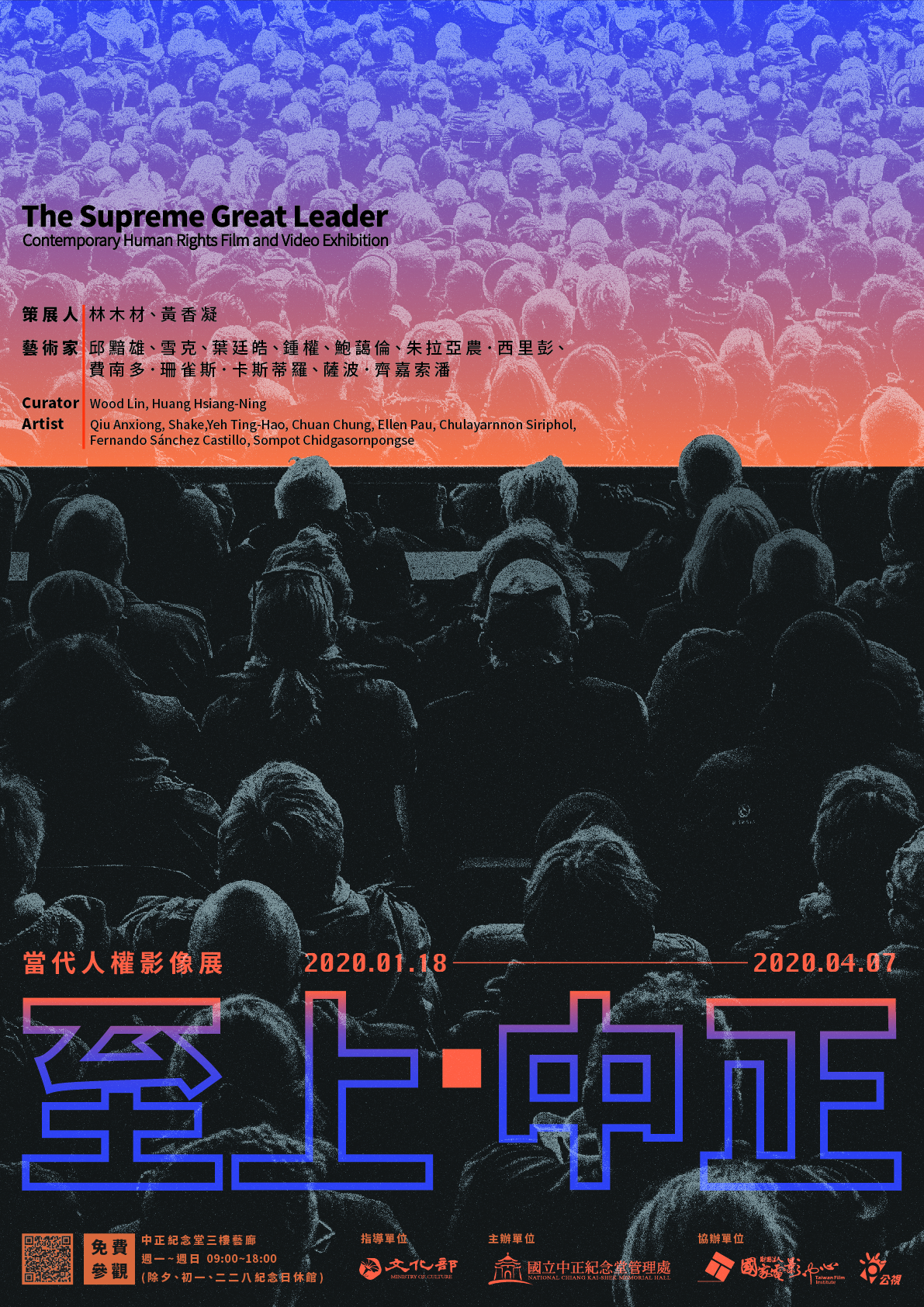 Taipei's National Chiang Kai-shek Memorial Hall will host the second edition of its annual human rights film festival from Jan. 18 to April 7. By screening dynamic and thought-provoking works by eight documentary directors and contemporary artists from home and abroad, the free festival seeks to prompt reflection over human rights issues on both a national and global level.

Organized by the CKS Memorial Hall Management Office, the 2020 edition seeks to trigger analytical thinking through the power of images, encouraging the re-examination of historical experiences hidden from one’s conscious mind, self-identity, and the value judgment that people make.

Explaining the nuances in naming the 2019 and 2020 festivals, Lin noted "under" implies the forced acceptance of a person's influence, while "the supreme" indicates profound respect, obedience, and also the refusal to exercise self-reflection.

The title of this year's festival is more than a description of the exhibition's physical location, Lin went on, for the bronze statue of Chiang on the fourth floor is right above the exhibition area on the third floor. It is also a metaphor for hidden authoritarian legacies embedded in today's society, he added.

Many people are still very much conditioned by their time under authoritarian rule and choose to continue their worship of such figures, Lin said. Those who believe in dictatorial regimes, or wish to attach themselves to the old establishment for power, have been impeding the ongoing process to realize transitional justice in Taiwan, he noted.

Through a reversed reflection of mirror imagery, Chung's "One World One Dream" explores the complicated cross-strait relations, Shake's "Our Suite de Danses" delivers a young generation's interpretation of old military parades and their own cultural identity, and Yeh's "Everyone Has a Broken Censor in His Mind" examines issues of privacy and censorship in the digital era.

As for works of international artists, viewers will be able to watch Thai director Chulayarnnon Siriphol's "Planking" and "The Internationale," "Rich Cat Dies of Heart Attack in Chicago" by Fernando Sánchez Castillo of Spain, and "TV Game of the Year" by Hong Kong artist Ellen Pau.

Also included are documentaries "Temptation of The Land" by Chinese artist Qiu Anxiong (邱黯雄) and "Bangkok in The Evening" by Sompot Chidgasornpongse of Thailand.

In addition, viewers will have a chance to watch acclaimed Chilean documentary maker Patricio Guzmán's "Nostalgia for the Light," "The Pearl Button,” and "The Cordillera of Dreams." Known as "The Chile Trilogy," the three films represent the Santiago-born director's personal thoughts on his country's political landscape.

Screenings will be followed by discussions on issues covered by the films.