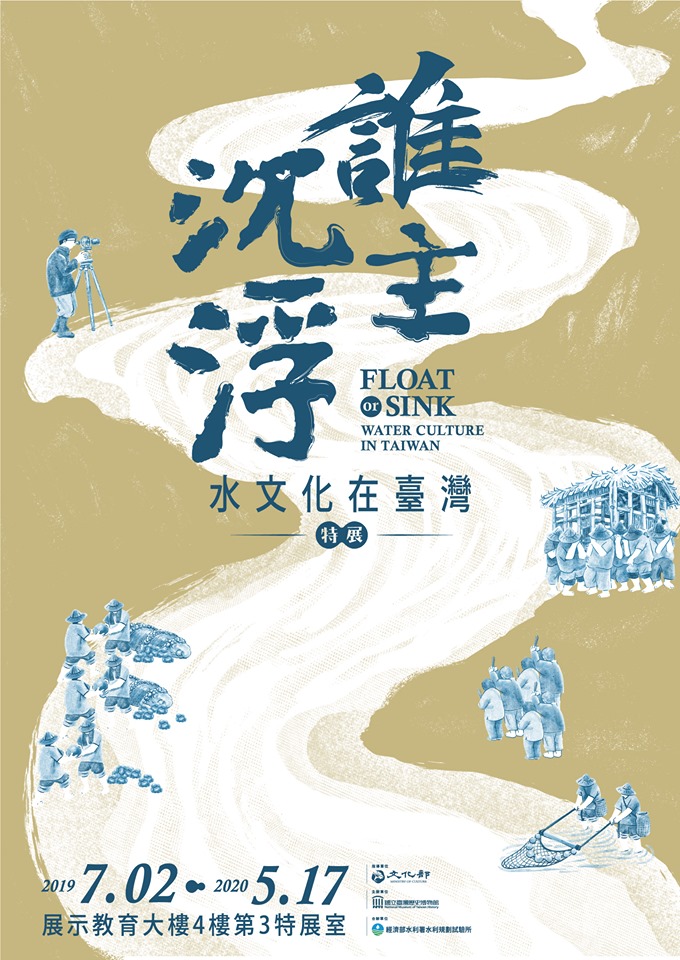 As a land frequented by droughts and floods, how should Taiwan adapt and prepare for climate change? "Float or Sink: Water Culture in Taiwan" shall explore local tales and regional experiences in water management at the Tainan-based National Museum of Taiwan History from July 2, 2019 through May 17, 2020.

It has been sixty years since the disastrous "August 7 Floods" of 1959, and a full decade since Typhoon Morakot devastated Taiwan in what is now known as the "August 8 Floods" of 2009. Incorporating research by the Water Resources Planning Institute with the museum's own studies on local flood history, this exhibition will fully reveal Taiwan's "drought and flood" dilemma.

To adapt to the fickly nature of Taiwan's unique geography, ancestral settlers have developed cultures around water itself, which have manifested in places of worship, folklore, customs, religious beliefs, sayings, and works of art. However, as water became increasingly accessible with the relentless march of technology, its value became rapidly forgotten — when was the last time you thought about where the nation's drinking water comes from?

Zengwen River, a notorious waterway during the period of Japanese rule, took the colonial authorities 15 years to bring under control. The management goal was to regulate the flow and better irrigate rice fields and sugar plantations, ultimately creating today's landscapes from Tainan to Chiayi. On display will be the logistics of managing the Zengwen River through geographical and hydraulic engineering documents as well as records on the Taiwanese who helped with construction and management.

Moreover, long before the Japanese authorities adopted the western scientific approach to water management, local residents had their own means to control Zengwen River — with the practices passed down through folk religions and lore. These water management ideas and methods not only reflect how the early Taiwanese coped with their wild surroundings, but also gave rise to Taiwan's unique water heritage.

A 90-year-old from the Taijiang area in Tainan once lamented, "We used to be able to relocate our houses when floods came, but where can we run to in the future?" With surplus and shortage challenges ever mounting, it is time for us to figure out the most sustainable ways to live alongside water.