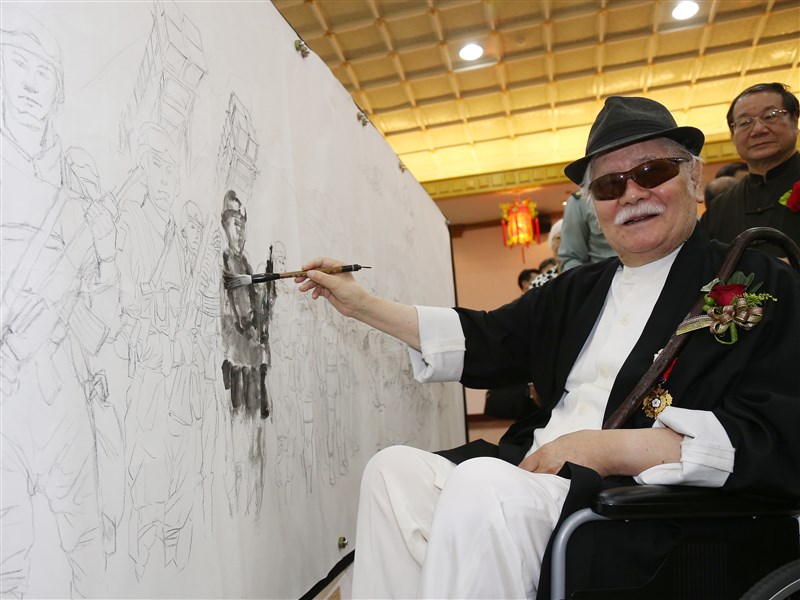 Lee Chi-mao was born Lee Yun-tai (李雲台) in Anhui in 1925. He came to Taiwan in 1949 and graduated with a degree in art from the School for Political Warfare Officers (now Fu Hsing Kang College, National Defense University). As a child, Lee accompanied his grandfather in domesticating animals, and the horses and cows on the farm would go on to be common subjects of his paintings.

Lee's father was both an elementary school principal and a writer specializing in classical text, and so Lee was immersed in traditional culture from a young age. His father wanted him to study hard, but he preferred painting, which led to much scolding. His mother, however, was a strong supporter, and eventually his father also got behind Lee and even sought out a painting tutor.

During this period of his education, Lee was inspired by Lu Hua-shih (陸化石), a well-known traditional painter from the early Nationalist period, and began working on his knowledge of calligraphy, painting fundamentals, and both Chinese and Western painting techniques. While he studied, his mother would often sit by him weaving, and so the image of "mothers hard at work" also became a common feature of Lee's works.

In 1956, Lee enrolled in the Art Department at the School for Political Warfare Officers, pursuing a formal education in art. The composition and approach of his pieces were unlike traditional ink-wash, and their unusually real-world, down-home subjects led to Lee developing a distinctive personal style and receiving high praise from the government. He was also honored with an appointment as a full-time art teacher at his alma mater.

Later, he helped found the National Taiwan Academy of Arts and began teaching art at schools including the National Taiwan University of Arts Department of Fine Arts, sparing no effort in educating countless students and passing on his ink-wash skills and art knowledge to new generations. His tireless spirit was invaluable in laying the groundwork for future Taiwanese ink-wash artists.

Over the years, Lee held a number of exhibitions both in Taiwan and abroad, receiving countless awards. In 1962, he was honored with a gold award at the 5th National Art Exhibition, and by 1977, the Lee Chi-mao Painting Scholarship was established at South Korea's Dankook University. In 1987, the city of San Francisco even declared Nov. 29 as "Lee Chi-mao Day."