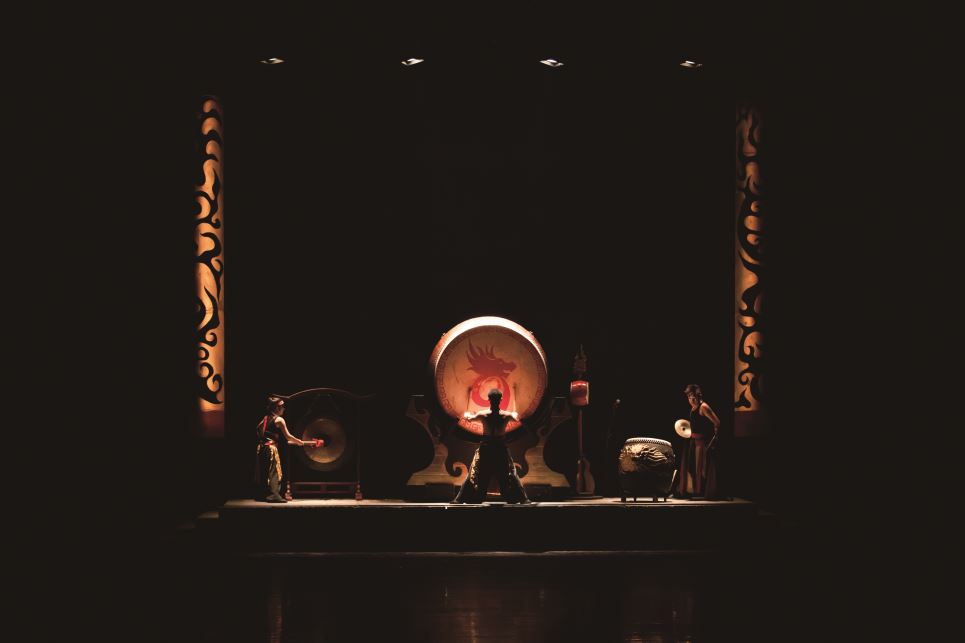 Leader of the parade

Kóo-tīn performance is primarily drum-centered, with drums having been symbolic of prayers for victory since ancient times. Each drum piece is accompanied by a different formation and arrangement, all of which make for distinctive and striking visual and audio spectacles.

Sîn-tsiòng, meanwhile, involves performances by members in sizable costumes of traditional temple gods. The most well-known of these is the "Techno Prince Nezha," a creative combination of traditional performance with modern techno music through which the performers' lively dance steps and rhythmic motions create a vibrant and festive atmosphere.

Ka-tsiòng is characterized by the performers having their faces painted in the fierce visages of gods and dressed in similarly spectacular godly helmets and robes. Thus adorned, they engage in performances that combine powerful displays of prowess with traditional weapons and elements of dance and martial arts, the solemn spectacles a showcase for the distinctive aesthetic of Taiwanese traditional culture.

Of particular note is that many of the members of Chio Tian Folk Drums & Arts Troupe are youths who had found themselves drifting into dissolute lives, so-called "problem students," who through the training and discipline of the troupe have honed their bodies and minds and found their way back to the straight and narrow. Their confidence in themselves restored, these youths now work together toward their shared goal of becoming professional performers.