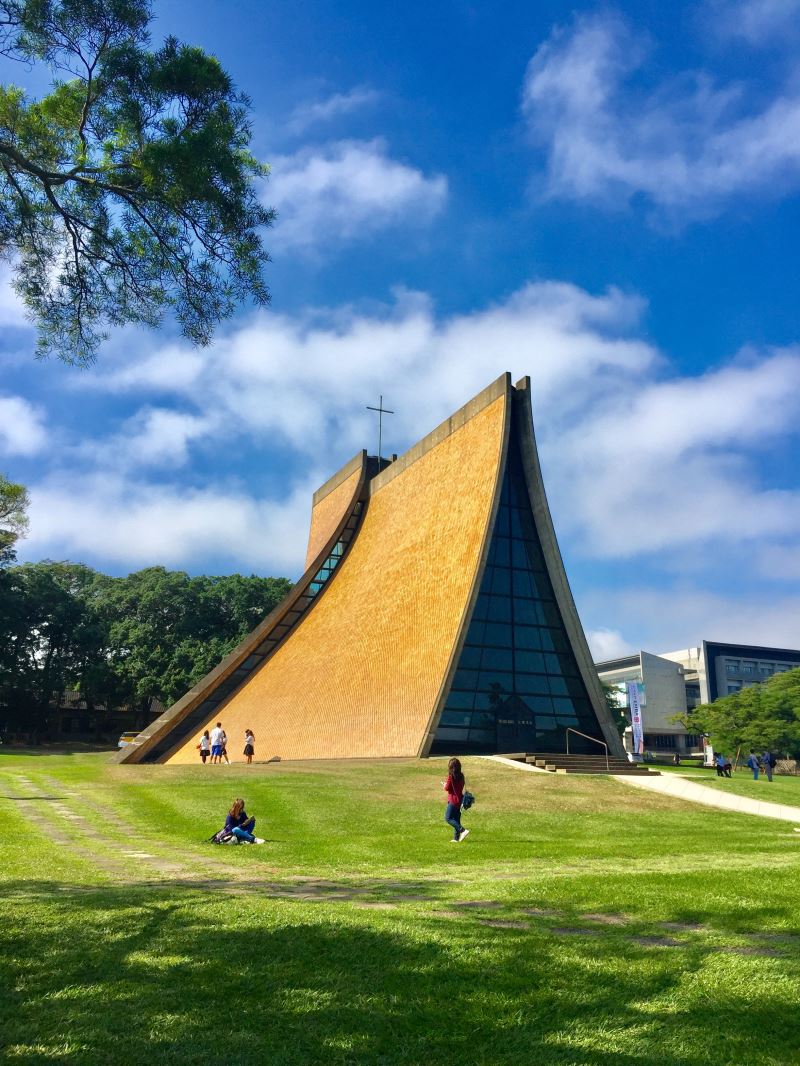 At the heart of Taichung, a spiritual landmark by renowned architect I. M. Pei

The Luce Memorial Chapel (路思義教堂) was completed in 1963, built with a donation from the Luce family from the US and tied in with the Christian foundations of Tunghai University itself. As witness to the US' support of Taiwan in the post-WWII and Cold War periods, it has a particular place in Taiwan's religious, political, and educational history.

The chapel was designed by renowned architect I. M. Pei (貝聿銘), the first Chinese-American architect to win the Pritzker Architecture Prize, as his first work in Asia. The practical realization of the design was put in the hands of architects Chen Chi-kwan (陳其寬) and Chang Chao-kang (張肇康), both of whom had been involved with the design as well, creating an outstanding combination of vibrant classical form, cutting-edge structure, and traditional spirit. Structural engineer Feng Hou-san's (陳其寬) precise structural calculations and daring experimental techniques made him another essential contributor to the realization of Pei's creation.

The Luce Memorial Chapel was featured in the March 1957 issue of "Architecture Forum" and the August 1957 issue of "Architectural Record," an uncommonly high level of exposure for Taiwanese architecture. The Directorate General of Posts of the Ministry of Transportation and Communications, which was later restructured into Chunghwa Post, then issued stamps featuring the chapel as one of Taiwan's scenic locations in March 1974, further cementing its iconic status.

In 2014, the chapel was chosen as one of the first 10 recipients of architectural conservation grants from the Getty Foundation's "Keeping it Modern" initiative. The distinctive values of the Luce Memorial Chapel and how they have been incorporated into its design have made it an exemplary and valuable piece of modern architecture.

In September 2017, the Cultural Heritage Department of Taichung City named the university's chapel and Priest Bell Tower together as a city-level historic site. And in April of 2019, the Ministry of Culture announced that the Luce Memorial Chapel would be upgraded to a national historic site alongside the Taichung Prefectural Hall.