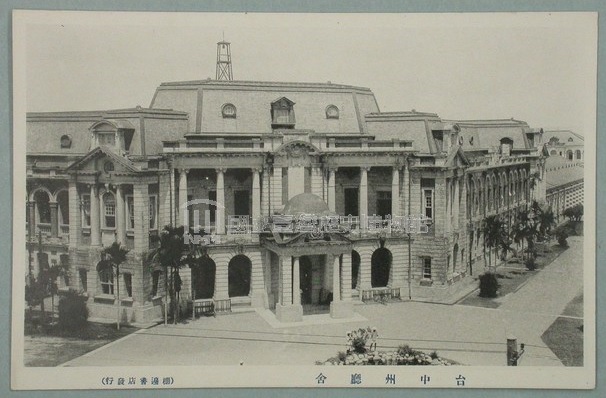 A colonial-era landmark that evolves with the passage of time

An official building that became the seat of government for Taichung City under Japanese authorities, the Taichung Prefectural Hall (臺中州廳) went on to play the same role after the Japanese surrender that ended World War II and saw the city come under the authority of the Republic of China (Taiwan). Now it has been listed as a protected national historic site.

The Taichung Prefectural Hall has tremendous historical, artistic, and scientific value, and provides an important foundation for exploring the historical development of Taichung City. In 1900, early in Japan's rule over Taiwan, the authorities announced their first urban planning project — a restructuring of Taichu, the colonial name for the Taichung region.

This included the construction of a new prefectural hall on the site of the original government office, designed in a magnificent faux-Baroque style by Matsunosuke Moriyama (森山松之助), who had previously designed the Governor General's Office in Taipei. Construction began in 1912, and even today, one can still find traces of the remnants of the old Qing-era examination building.

The Taichung Prefectural Hall sat at a major intersection, creating a central hub of authority together with the neighboring colonial-era City Hall, Bank of Taiwan, and Post Office. Moriyama incorporated elements of Neoclassicism into the design, emphasizing formalism in the facade and focusing on elegance in the interiors. The design allowed for all the necessities of colonial rule, all of which were expressed in the architecture, giving the building a unique personal style and a tremendous influence on the development of modern Taiwanese architecture.

In the future, the Taichung Prefectural Hall will be dedicated to modern Taiwanese art exhibitions to retrace the path of Taiwan's art history. The Ministry of Culture has also recently accepted a collection of some 600 pieces from the Sun Ten Museum of Irvine, California that will be displayed at the hall, marking an important step in efforts to reconstruct Taiwan's art history.