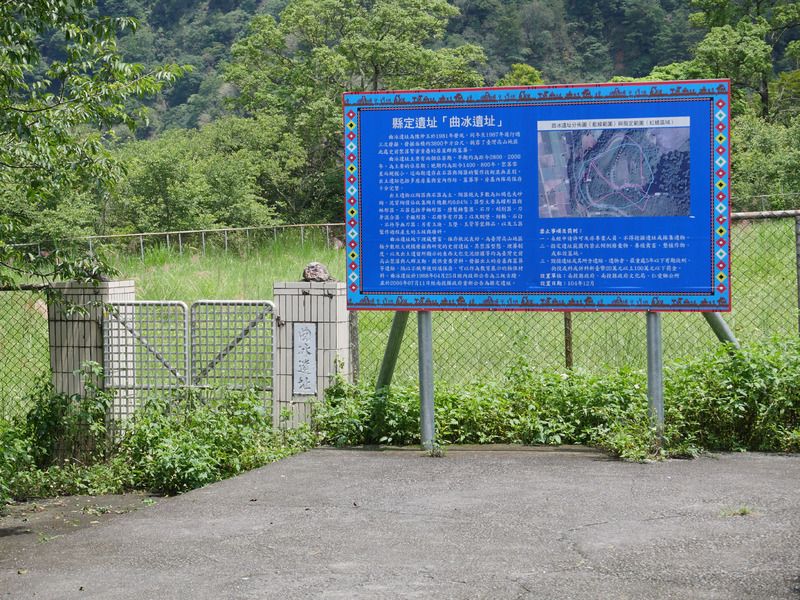 The Quping (Qais) Archaeological Site (曲冰考古遺址) was officially recognized as Taiwan's 10th national archaeological site in May 2019. Located in the remote mountainous township of Ren'ai in Nantou County, this site is believed to house the relics of Taiwan's first prehistoric settlement in the mountains.

Three digs were held on the site between 1981 and 1987, with each dug area quite limited in size. The most important digs on the site are now covered with contemporary nonwoven materials and refilled with fine sand as protective measures until future plans for transforming the site into an educational showcase come to fruition.

The Ministry of Culture is planning to turn this area into an open-air museum to help more people learn about the value of Quping (Qais) Archaeological Site as part of ongoing initiatives to make archeological sites better educational venues for learning about prehistoric cultures rather than tending to such sites from purely an academic perspective.

While showcasing the physical structure of the Quping settlement, the Ministry also plans to display information on how Quping residents developed their social structure, adapted their lives to the prehistoric environment, and maintained their livelihoods at that time.

Through such displays, the site will explain how important its location is and offer clues for people interested in exploring the lives of prehistoric settlements in Taiwanese mountains. Given these artifacts are from central to late periods of the Neolithic age, the location is believed to have two cultural layers deposited from mid Neolithic age to early Copper age, encompassing thousands of years of prehistoric developmental history in this area.

Quping Culture can be dated back to 4,000 years ago, during which prehistoric groups settled down here in the periods between 2,300 and 3,000 years ago and between 1,000 and 1,300 years ago. From the unearthed relics that include at least 48 house foundations and 171 slate coffin burial sites, the site is believed to have more untouched rich contents.

So far, slate coffin burial sites have been found at no other prehistoric archaeological sites across Taiwan other than at Quping and Ta Malin (大馬璘), both of which are on the western side of the Central Mountain Range. The findings attest to the importance of Quping as a hub of cultural exchange between the two sides of the mountain range during prehistoric periods. For instance, the site is believed to be an exchange hub of jade-crafting skills and materials between eastern and western Taiwan at a time during which jade wares unearthed at the location used raw materials from the only mine on eastern Taiwan.

The Quping site was discovered in 1980 in the upper reach of Zhuoshui River valley. From the erected remains of slate wall reinforcements at the site, archaeologists can gauge the type, size, and scale of the prehistoric houses. Researchers also believe that Quping Culture had quite well-developed skills for processing stone and jade materials, based on unearthed relics and the tables that were used for processing such wares at the site.