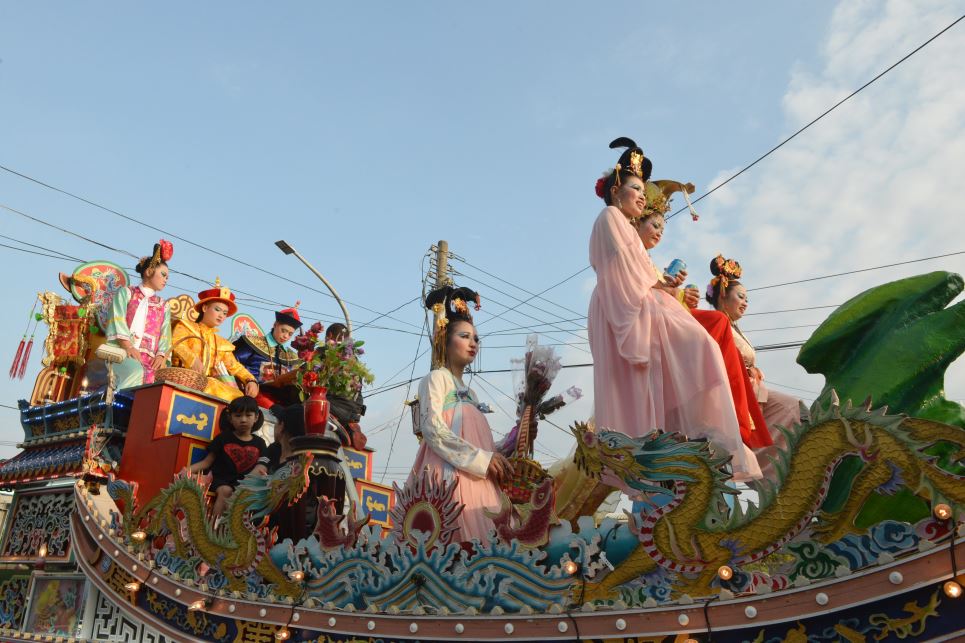 Beigang Township in Yunlin County is home to Chaotian Temple, one of the most established temples dedicated to the goddess Matsu. Thanks to the ever-growing influx of pilgrims and tourists, the region became a veritable hub for traditional arts as the temple's popularity fueled demand for worship, food, and entertainment.

To preserve this ecosystem of regional folk arts and customs, the "Centennial Town of Folk Arts" project was launched in May 2018 as part of the Ministry of Culture's "Reconstruction of Historical Scenes" initiative. The 2.5-year project comes with a budget of NT$110 million to repair aging sites, document and preserve the township's intangible heritage, and mentor a new generation of artists and craftspeople to pass on the torch.

Six sites have been selected for immediate repairs during the first phase, including office buildings and dormitories from the Japanese colonial era; the club house of a beiguan performance troupe established in 1853; the township's first-ever theater house built in 1927; a colonial water plant representing the region's history of water provision and modernization; and a sugar factory that once processed 3,200 tonnes of sugar canes on a daily basis.

The artisanal side of Beigang will also be preserved through apprenticeship programs that aim to preserve and refine such craft arts as the cut-and-paste style of ceramics, temple paintings and décor, traditional lanterns, decorative wood carving, traditional music instruments, and tin vessels used for worship.