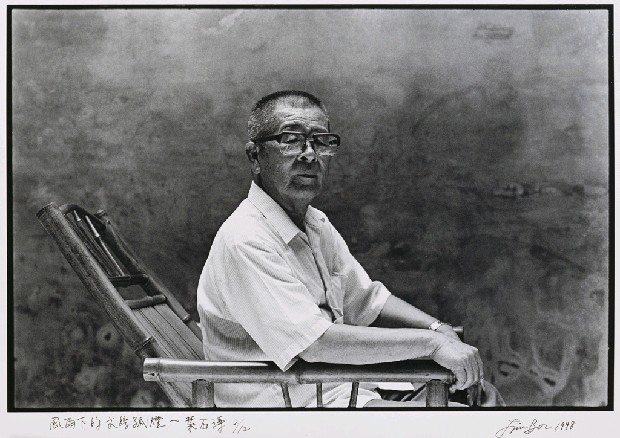 ‘Without land, how can there be literature?’

Yeh Shih-tao (1925-2008) began writing at the age of 16 and became an important writer, critic, and literary historian over the following decades. Writing during both Japanese colonialism and post-war periods, Yeh has been considered the most significant contributor to the construction of Taiwanese literary theory in the latter half of the 20th century.

"Without land, how can there be literature?" Such is the essential spirit behind Yeh's literary works. Born in Fucheng (modern Tainan), the main source of his creative efforts, Yeh’s writings reveal the tales of the people, events, and things that made the city what it was.

Two locations that were frequently featured are Taisho Park (大正公園) and Tainan Prefectural Hall (臺南州廳). The former is now known as Tang Dezhang Memorial Park (湯德章紀念公園), having been renamed in 1998 to commemorate the death of its namesake lawyer in the wake of the 228 Incident. Today, there is a bust of Tang set up inside the park.

In "Night Attack (夜襲)," Yeh tells the tale of Tang's execution from the perspective of protagonist Jian A-tao. With concise sentences, the story paints a realistic picture of the complex situation Taiwan found itself in after the war and the harsh trials that the local intelligentsia faced. With literary flair, the author has forever preserved this moment of Taiwan history.

In "Going Home (回家)," meanwhile, Yeh depicts the story of the personnel of the Tainan Prefectural Hall. At the time, the hall was not only a physical symbol of political power, but also, to the locals, a workplace that conferred upon its staff a different social status and identity from the regular folks. Today, the building has been transformed into the National Museum of Taiwan Literature, but remains a site that provokes contemplation of historical change.

For a better understanding of the spirit of Yeh's creative work and the land that it was based upon, however, one should seek out the Yeh Shih-tao Literary Memorial Museum, where his glasses and beloved pen still sit on his old desk today.