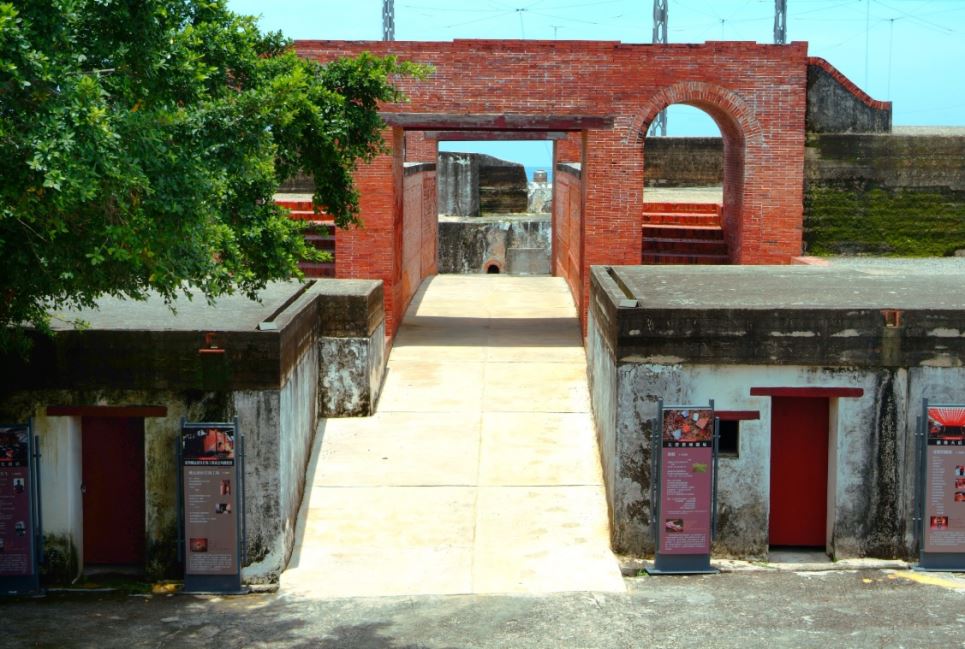 The Qihou Battery (旗後礮臺) was one of the first two Western-style fortifications built in Taiwan. The gun emplacements, barracks, ammunition depot, and front and rear training yards have all been preserved intact. Witness to battles near the end of the 19th century, the battery has immense research and military historical value.

Apart from defending the shores of Kaohsiung (known then as Takao), the battery also stood witness to battles such as the Sino-France War of 1884-1885 and the 1895 Japanese invasion of Taiwan. The structure itself embodies an early and clever combination of wood, steel, and concrete, while the grand gate faces the southeast per fengshui traditions.

While the battery has been added to and altered over time in response to different military needs, those changes were restricted to the southern entrance, with the original battery itself wholly preserved and its surrounds retaining the look of the time in which it was constructed.

In light of its historic, maritime, and architectural heritage, Qihou Battery was formally recognized as a national historic site in February 2019. More information on the 1875 fortified structure is available here.