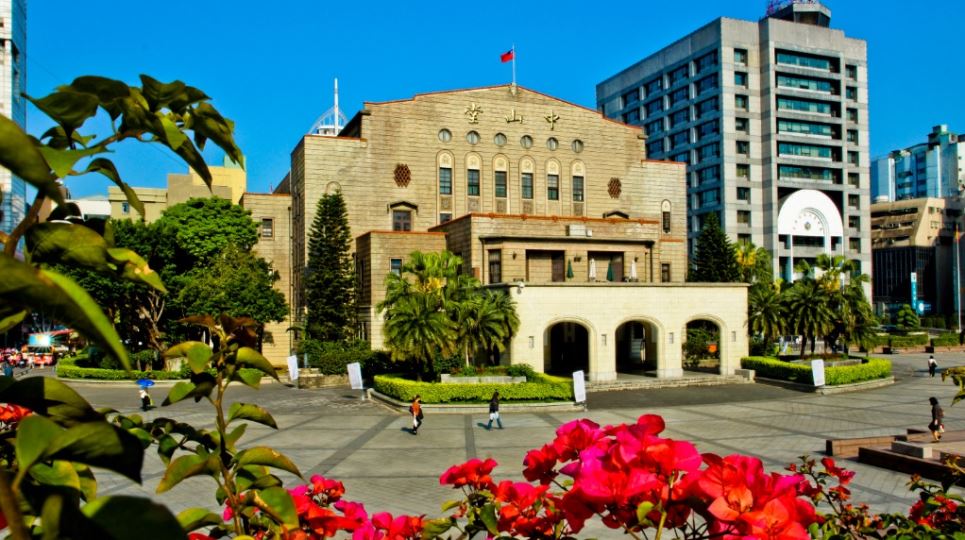 From colonial imperialism to democratic freedom

The four-story structure of the Taihoku Public Auditorium (臺北公會堂) was designed by Ide Kaoru, a Japanese architect serving as a chief engineer in Taiwan under the colonial government. It has an area of 44,012 square feet and features Moorish-style architecture. It took about 94,500 engineers and workers to complete the construction from 1932 to 1936, and it was the fourth-largest structure of its kind in Japanese territory at the time.

The outer walls of the building's main structure make use of a variety of brickwork, dividing the facade with vertical, horizontal, and geometrical patterns. On the inside, the layout of each floor gives it a modern look and a sense of spatial freedom, making the hall a vanguard of architectural modernization in Taiwan.

Following the retrocession of Taiwan after World War II, a ceremony to accept the Japanese surrender in Taiwan was held at the site, which was later renamed Taipei Zhongshan Hall in honor of Dr. Sun Yat-sen, the founding father of the Republic of China. After the Taipei City Government took over the structure, Zhongshan Hall was used as an official meeting place.

Zhongshan Hall has also hosted several major events, including the signing of the Sino-American Mutual Defense Treaty and the inauguration of the second, third, and fourth presidents and vice presidents of the Republic of China. It is now recognized as a national-level heritage site and offers its auditoriums for performances such as chamber and orchestral music, traditional Chinese music, opera, dance, ceremonies, and exhibitions. More information can be found here.