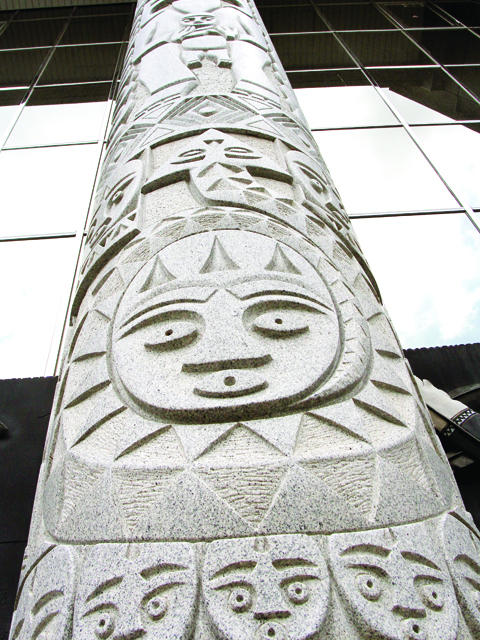 As the first privately-owned ethnology museum in Taiwan, the Shung Ye Museum of Formosan Aborigines not only houses and exhibits cultural and historic relics of Formosan aborigines, it is also dedicated to enhancing the public's understanding of each ethnic group by conducting various educational activities and promoting Formosan aboriginal cultures.

Lin Ching-fu (林清富), chairman of the Shung Ye Group and founder of the Shung Ye Museum of Formosan Aborigines, set up a cultural and educational foundation named after his father in October 1985. Although work on organizing the museum started the following year, a lack of laws governing the establishment of museums held up the initial stage of development until its establishment in June 1994; it was then finally registered as the first indigenous cultures museum run by a private enterprise in Taiwan in September 1996.

Lin explained that each ethnic group has borne contradictory feelings deep in their minds throughout the political and economic entanglements during Taiwan's turbulent past. Therefore, he hopes to inspire visitors to remember their roots through the museum and to encourage all ethnic groups to develop mutual understanding, respect, and care for one another.

Exhibitions with a macroscopic viewpoint

Lin has collected indigenous Formosan art pieces and relics with rapt interest since he was young, and he has selflessly donated his collection of aboriginal relics and paintings over the past thirty years to the museum. The museum currently houses 1,866 relics and 319 paintings, encompassing Lin's collections and works donated from both domestic and international sources.

To ensure that the displays all hew closely to the main themes, the task of designing the interior exhibition space was entrusted to the Japanese company Nomura, a specialist in designing and engineering exhibitions. In planning the exhibition themes, Nomura divided the space into four exhibition areas: 'Man and Nature,' 'Lifestyles and Implements, Tools and Weapons,” 'Clothing, Ornaments and Culture,' and 'Beliefs and Ceremonies.'

At the entrance to the museum is a map that illustrates the relationship between Formosan aborigines and Austronesian peoples; the two groups have many similar characteristics in the origin and development of their cultures and customs. A digital map and screen in the center of the lobby is also the visitor's first introduction to the distinguishing features of the fourteen Formosan aboriginal tribes.

Since 70% of the visitors to the museum are students in junior high and elementary schools, the museum places a great deal of emphasis on promoting education. The museum also offers free tickets for field trips and holds summer and winter camps for kids in order to help them get a better grasp of aboriginal cultures. Children can develop a deeper understanding of aboriginal cultures by taking museum tours, playing games, attending hands-on tribal craft classes, and watching the animated 3D shorts.

Along with its functions of collecting, exhibiting, and educating, another mission of the museum is to retrieve looted historical archives that are still located overseas. The museum works to retrieve such assets and data through collaboration with domestic academic institutions, and joint research with international institutions.

In addition to encouraging local research of aboriginal cultures, the museum sponsors a research budget for well-known universities around the world, such as UC Berkeley (United States), Tokyo University (Japan), and Leiden University (the Netherlands), as well as Oxford University and the University of London's School of Oriental and African Studies (United Kingdom). These programs archive Formosan historic materials, file related research results, and stimulate further research into Formosan aborigines.

To mark its twentieth anniversary in 2014, the museum hosted a large international congress for scholars and talent from both home and abroad, in the hopes of developing the museum into the world's most authoritative center for research of Formosan aboriginal cultures.