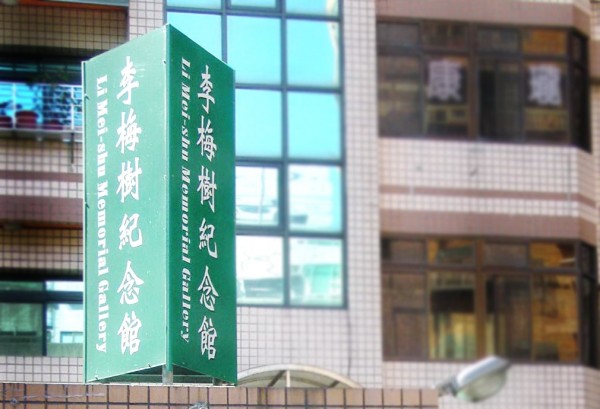 Based in Sanxia District where Li Mei-shu (李梅樹) was born and raised, the gallery was established to commemorate the late painter's spirit of perfection and dedication to art.

Li was one of the representative painters of his era along with Li Shih-chiao (李石樵) and Chen Cheng-po (陳澄波) in Taiwan during Japanese colonial rule. After acquiring western painting skills in Japan, Li came back to Taiwan and began his lifelong career as a painter.

Founded by Li's son Li Jing-guang (李景光) in 1990, Li Mei-shu Memorial Gallery is a family-run gallery that stores the painter's artworks and personal items. It was later designated as a local cultural venue by the Ministry of Culture, making it an educational destination and tourist attraction in New Taipei City.

The gallery offers a complete collection of Li's oil paintings, and shifts in his aesthetics and style are demonstrated through three different phases. It also offers an extensive collection of sketches, including those he completed at Tokyo Arts School and the embroidery patterns he created for his wife. Additional letters and painting tools are also displayed for visitors to see the artistic journey of Li.

Visitors can begin with "Resting Lady (小憩之女),” "Flowers and the Woman (花與女),” and "Dust (黃昏),” which are three of Li's most celebrated artworks from 1924 to 1948. Influenced by western impressionism and realism, these phase-one oil paintings show a balanced combination of western skills with Taiwanese scenery.

The next phase, starting from 1948 to 1977, was the period when Li shifted his artistic focus to his everyday life. Paintings such as "Girls on a Terrace (露臺),” "Spring Breeze (春風),” and "Garden on the Rooftop (屋頂花園)” all portray his good friends and acquaintances, allowing visitors a glimpse of his real life.

Li's last phase is best encapsulated by "The Woman Playing in the River (戲水),” "Doing Laundry by the Creek (清溪浣衣),” and "Spring Morning at Sanxia River (三峽春曉),” in which visitors can see how Li's style changed again after he recovered from a serious illness in 1977. Li began to capture light and shadow in his last phase of creation instead of focusing on detailed portraits.

To gain an in-depth understanding of Li's artworks and life, guided tours by his son Li Jing-guang and son-in-law Cheng You-tsai (鄭有財) are available through advanced reservations.