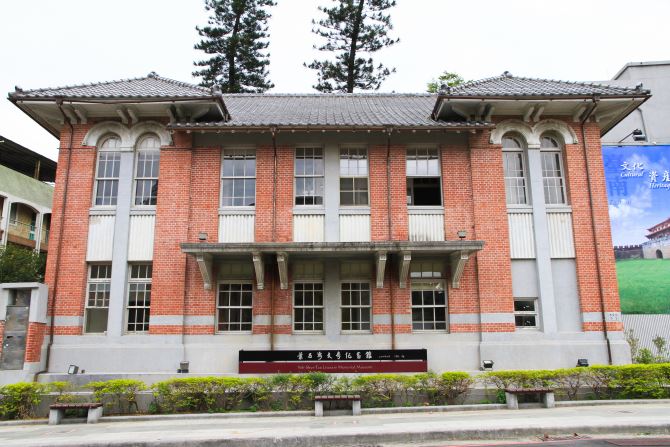 What is now the Yeh Shih-tao Literary Memorial Museum was previously the Tainan Forestry Affairs Office of Japanese colonial authorities, having started its life as home to the Forestry Office established by the Governor-General's Office in 1902 to supervise the cultivation and management of local forests. Several years ago it came under the ownership of the Tainan City Government, which first designated it a municipal historic site in 2002, and then chose it to become the site of the Yeh Shih-tao Literary Memorial Museum ten years later.

The museum has two floors, the first of which includes an exhibition of the landmarks of Fucheng (modern-day Tainan) that featured prominently in Yeh's writings, along with novels, essays, critiques, translations, and publishing contracts. It also presents Yeh's life and works, including important writings and manuscripts, as well as a wall that features his various medals and another wall for screening videos. The second floor is home to Yeh's study, a documentary AV room, and a special exhibition based on his original lounge.

As both a writer and a critic, Yeh devoted his life to literature. His insightful writings and critiques have profoundly influenced the study and institutionalization of Taiwanese literature, and his importance in its history cannot be overstated. However, the Yeh Shih-tao Literary Memorial Museum is not only a place of commemoration, but also home to a collection of exhibitions and literary lectures. The museum could be said to be carrying forward the historical perspective on Taiwanese literature that Yeh constructed.

Stepping into the museum, one can see a collection of correspondence between Yeh and his literary friends. They are full of a feeling of warmth; could these communiques have been a source of comfort and relief from the loneliness of literary creation, particularly in an age when Taiwanese literature had yet to truly find its place in the literary world?