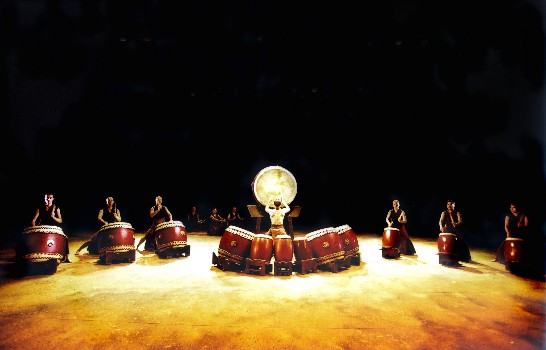 Be water when entering water,

be light when entering light,

be empty to attain emptiness,

"Meeting with Bodhisattva” is a journey of a man who chooses to face his fear of the unknown, a spiritual transformation from questioning to accepting everything as it comes.

The verse is developed as a warrior's path - one who becomes frightened when faced with the unknown and goes on a quest to rid himself of all such worries and to attain wisdom.

Bodhisattva is the god of wisdom in the Tibetan Buddhism. His right hand holds a sword towards his brain; his left hand reaches out with a book.

The image of Bodhisattva suggests that people should have the courage to cut off all fears and worries in the search for self-realization. "It is an exquisite, overwhelming spectacle, one that forces you to move your body in time as the drums’ reverberations echo in your heart.” – Willamette Week’s Kelly Clarke 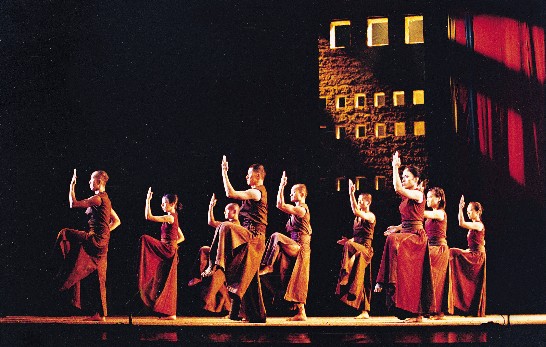 "Given its mantra of calmness, its mixture of Asian art forms and its theatricality, this production is a good choice to start a celebration of cultures." – Adelaide's Brian Godfrey 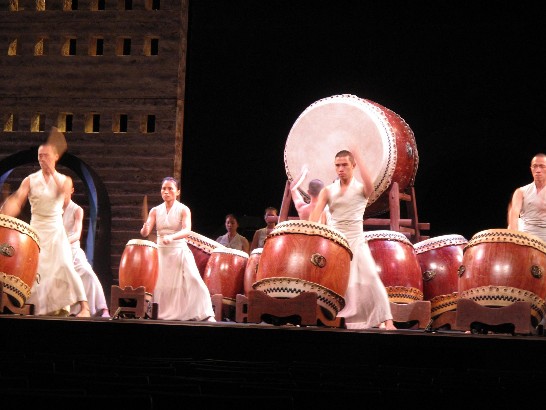 "A synthesis of theatre, percussion, martial arts and meditation." ─ The Times, London