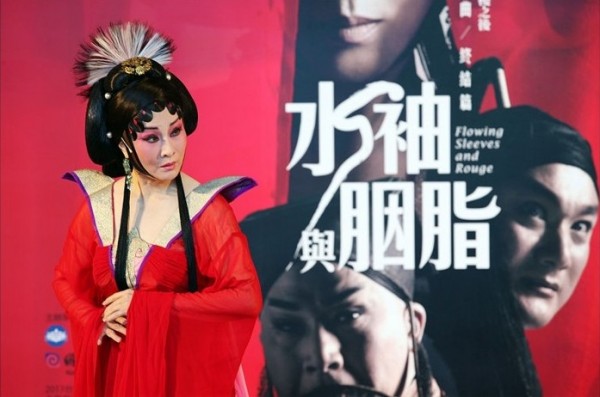 "Flowing Sleeves and Rouge,” the third and final piece of "A Trilogy of Actors (伶人三部曲),” revolves around the souls of Ming Emperor Xuangzong (唐玄宗) and his royal consort Yang Gui-fei (楊貴妃) in their afterlife at the Kingdom of Chinese Theater. The original production is not based on classic literature and focuses on the inner dialogue between actors and their characters.