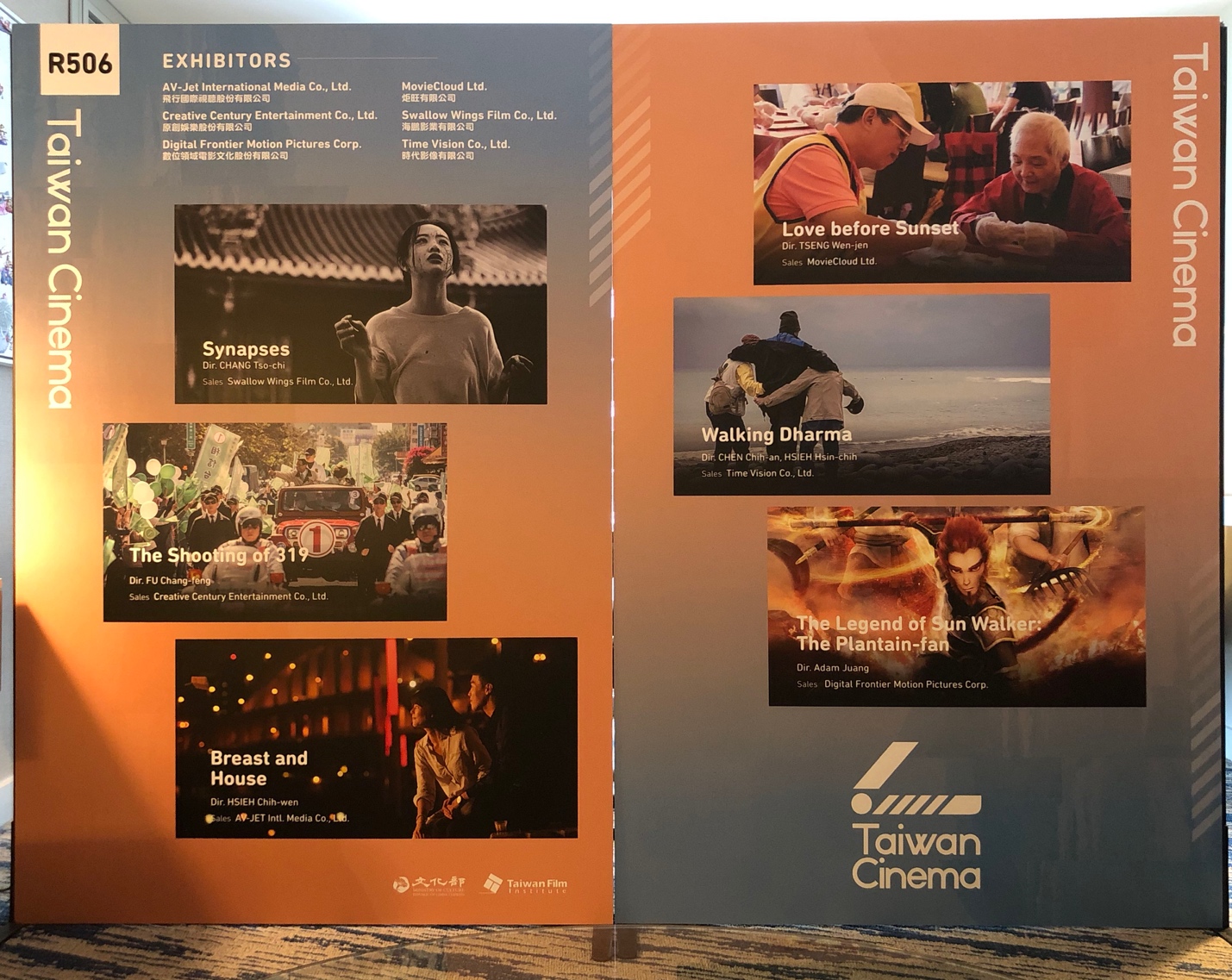 The Taiwan Film Institute (TFI) will join in the 40th anniversary celebrations of the American Film Market this year by bringing 35 narrative features, 17 documentaries, 27 short films, 6 restored classics, and 7 film projects to the Santa Monica trade fair from Nov. 6 through 13. Representatives from 6 Taiwanese film distributors will also be in attendance.

Some of the highlights include Chang Tso-chi's (張作驥) ninth feature film, "Synapses (那個我最親愛的陌生人)," which is based on his experience of taking care of his mother and her Alzheimer's disease. Through the story of a family in turmoil, the film asks what would remain in one's life with progressive memory loss. Chang's long-term collaborator Lu Hsieh-feng (呂雪鳳) has delivered a very impressive performance in "Synapses," for which she received her first Best Actress nomination at the 2019 Golden Horse Awards.

Equally impressive is "The Shooting of 319 (幻術)," a drama directed by Fu Chang-feng (符昌鋒) and based on true events, including the 2004 presidential assassination attempt on Chen Shui-bian (陳水扁) and Annette Lu (呂秀蓮). By tackling contemporary Taiwanese politics, it marks a new chapter in Taiwan's genre movies.

As for this year's documentary selection, "Walking Dharma (如常)" by directors Hsieh Hsin-chih (謝欣志) and Chen Chih-an (陳芝安) offers breathtaking vantages of Taiwan's eastern landscapes and residents who persevere despite adversity. Hsieh and Chen spent roughly 18 months to research and document Taitung County, whose beauty is belied by its remoteness, shortage of medical resources, and economic stagnation.

In addition, several new upcoming titles will debut at the American Film Market this year, including Tseng Wen-jen's (曾文珍) “Love before Sunset (日落之前),” which follows elderly citizens who live alone and took more than two years to make; "Legend of Sun Walker: The Plantain Fan (孫行者傳：群力降妖記)," a 3D animation well-received by the International Animation Film Market (Mifa) in Annecy this June; and "Breast and House (乳．房)," a romantic comedy that uses humor to address somber, widespread issues such as cancer and mortgage woes.

The "Taiwan Cinema" conference room is numbered 506. More program updates will be made available on the Taiwan Film Institute’s website and Facebook page.