National Kaohsiung Center for the Arts 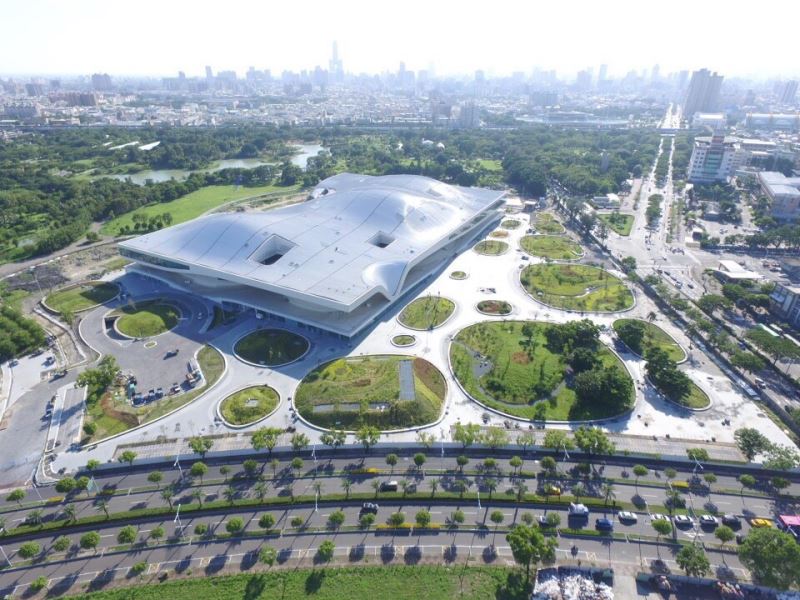 The National Kaohsiung Center for the Arts, an upcoming cultural landmark in southern Taiwan, will offer four indoor performance venues — Lyric Theater, Concert Hall, Playhouse, and Recital Hall — and an open-air theater. It will also be outfitted with plazas, restaurants, gift shops, and a rooftop observatory.

The Preparatory Office of the National Kaohsiung Center for the Arts was established in 2007 to supervise the largest design project in Taiwan. The main construction of the Center was completed in 2012, and the completion of its interior construction and exterior landscaping is scheduled for the end of 2018.

Formerly a military camp, the Center is housed in a 64-hectare art park located in the harbor city of Kaohsiung. Plans for its expansion were unveiled in 2004, which kicked off a global architectural competition that attracted hundreds of submissions from around the world.

Head architect Francine Houben's design idea was inspired by the lush banyan trees in the Wei-Wu-Ying Park. The aerial routes of half-century old trunks created a large canopy of branches that were dotted with lights and shadows. These abstract banyan images has thus given the Center an organic theme full of transparency and breathing rhythm.

Construction began in 2010 and the Center is expected to start serving the public by the end of 2018 under the governance of Taiwan's National Performing Arts Center. A subway line connecting the art park to Kaohsiung's commercial district has also been completed.

By transforming the Center into a world-class performing arts facility, the Ministry hopes to bring top artists and performance troupes to southern Taiwan. Starting from 2018, the Center will serve both as an architectural landmark and an art hub that will enrich the cultural scene of the greater Kaohsiung area.