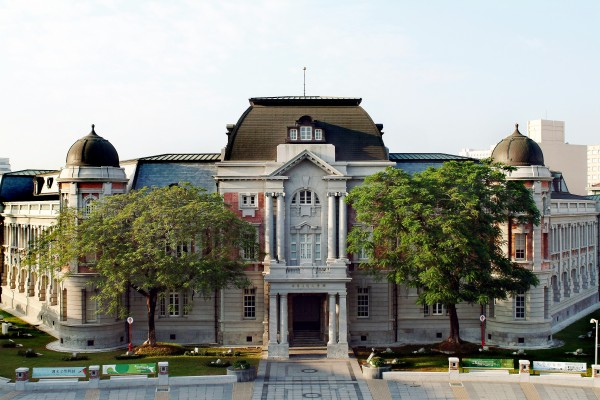 The National Museum of Taiwan Literature, the country's first national institute dedicated to the literary arts, opened in 2003 on the grounds of a renovated Japanese colonial structure. The building now safeguards Taiwan's literature, culture, architecture, and history.

As the nation's first national-level museum dedicated to literary arts, the National Museum of Taiwan Literature (NMTL) performs academic functions such as the preservation of literary heritage and the research of Taiwanese literature. It also serves as a public venue for exhibitions, educational programs, and book-reading events.

Established in 2003, the Museum is located in Tainan City and housed in a renovated historic building that survived World War II. The European-style stone building from 1916 once housed the Tainan Prefectural Government and an air force logistics base.

Six years were spent renovating the two-story complex, which was designed by Moriyama Matsunosuke, a Japanese architect whose portfolio includes the Presidential Office and the Control Yuan in Taipei.

The building now showcases manuscripts, letters, photos, and videos related to Taiwanese writers and their works. The Museum also maintains several digital databases for literary studies, including the Almanac of Taiwan Literature and contemporary research data.

As part of its efforts to promote Taiwan's literary arts, the Museum organizes special exhibitions on foreign literature materials as well as historic texts from different periods of Taiwan's history, subsidizes translation projects, and selects the recipients of a national literary award.

In addition to preserving and researching on the literature of Taiwan, the Museum is also dedicated to promoting these great works to the world, facilitating related international conferences and participating in international book fairs to expand global readership.