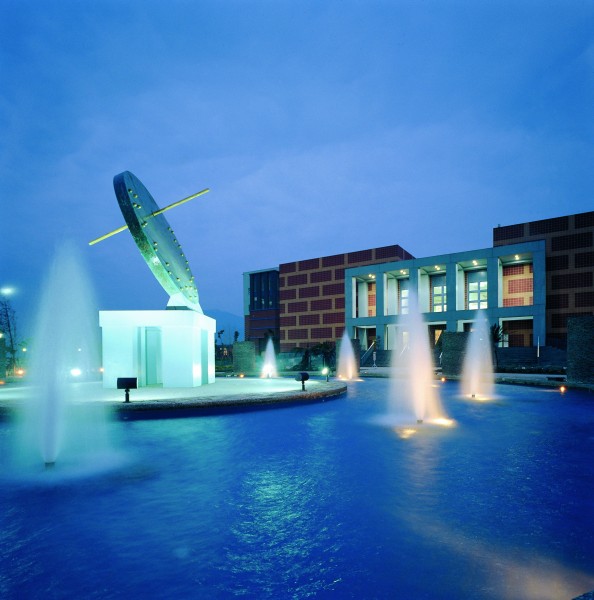 The National Museum of Prehistory (NMP) is the first museum in Taiwan to include an archaeological site and a natural wildlife park. The museum's architectural facilities also incorporate indigenous cultural elements and the picturesque splendor of its host city Taitung.

The NMP in the eastern county of Taitung is the first Taiwanese museum dedicated to the island's prehistoric and indigenous cultures. The NMP includes the Peinan Cultural Park, an open memorial space erected on a prehistoric Peinan Culture site.

In fact, it was the discovery of the prehistoric objects buried for thousands of years that resulted in the official establishment of the museum back in August 2002. A large number of ancient artifacts, including slate coffins and pottery dating from the late Neolithic Age, were discovered in 1980 on the construction site of the Peinan East Line Railway Station.

Following the extraordinary discovery of relics dating from 2,300 to 5,300 years ago, cultural officials have devoted great effort toward preserving the site, and the establishment of the museum was proposed as part of the preservation project.

The museum features exhibitions on the natural environment, the prehistory of Taiwan, and the Austronesian tribes who once dwelled on the island. Other permanent exhibitions feature human evolution and scientific archaeology. The exhibitions help visitors experience the island's geological history and its prehistoric cultural heritage, which was later inherited by Taiwanese aborigines.

Moreover, the museum houses an impressive collection on the Peinan Culture, including carved jade pieces, stoneware, pottery, and stone pillars found at the Peinan excavation site. It also has a learning resource center which houses books and audiovisual materials on archaeology, anthropology, ethnology, and natural history.

The excavation site in the scenic Peinan Cultural Park remains open to the public, allowing visitors to view the archeological operations that helped to unearth the ancient relics.

The NMP is also responsible for temporarily housing all objects excavated from other prehistoric sites in the southern county of Tainan, where a museum branch is currently being built.