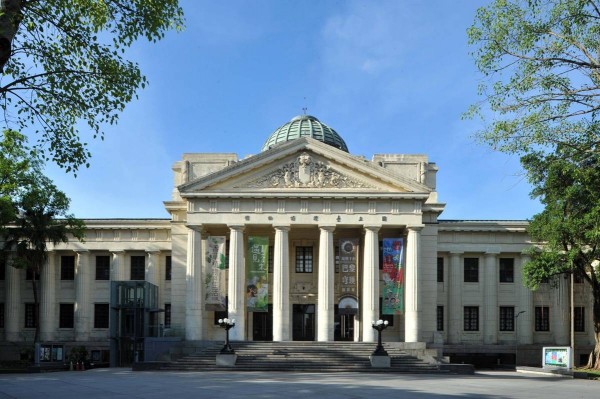 The National Taiwan Museum (NTM) is the oldest natural history museum in Taiwan. The Museum's anthropology collection is the largest and most representative of its kind in the country, and its rich collection of items on Taiwanese anthropology, geology, zoology, and botany has garnered praise from both home and abroad.

The National Taiwan Museum (NTM) is the oldest museum in Taiwan and one of the most noteworthy buildings of the Japanese colonial era. Housed in a 1915 structure, the NTM has stood across from the Taipei Railway Station for over a century.

Its distinctive architecture, a combination of Doric and Baroque styles, has made the building an important landmark in Taipei, and its unique appearance was a key factor in its designation as a National Historic Site.

Previously known as the Taiwan Viceroy's Office Museum, the NTM was relocated to a classical European-style building in downtown Taipei in 1915, where it remains today with its original complement of five departments — Anthropology, Earth Sciences, Zoology, Botany, and Education.

The anthropology research conducted by the museum staff over the years has focused on the traditional cultures and religions of Taiwan's indigenous peoples as well as the Han Chinese, while its earth science investigations are devoted to gathering information concerning animal resources, biodiversity, vascular plants, algae, and micro algae.

Pursuing joint projects with museums around the world, the NTM holds exhibitions with high cultural eclecticism. As of 2008, the museum housed a total of 108,680 items, including specimens of Taiwanese indigenous animals and plants and prehistoric cultural artifacts from the Yuanshan Culture.

The museum's most valuable and popular treasures are three famous historic relics: the Kangxi Taiwan Maps, a Portrait of Zheng Chenggong, and the Blue Land Yellow Tiger Flag of the Republic of Formosa.

The museum also operates the Land Bank Exhibition Hall﻿, which is dedicated to paleontology and fossils, and Nanmen Park, which includes landscaped gardens and a Japanese-era camphor factory.