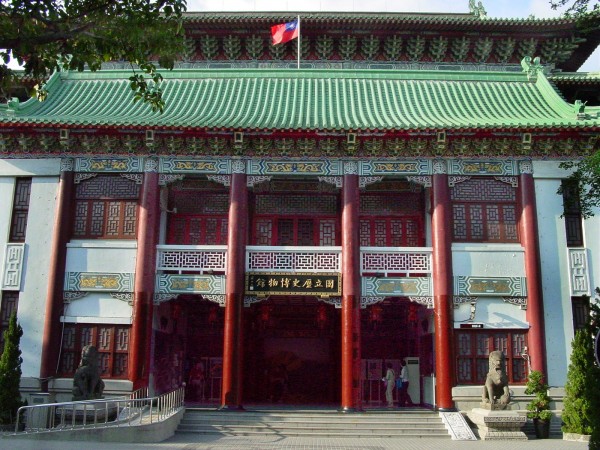 The National Museum of History (NMH) is an important institution that functions as a true hallmark of culture, housing cultural artifacts relocated to Taiwan in 1949 and artworks by contemporary Taiwanese artists.

The National Museum of History (NMH), the first museum to open to public after the Republic of China government relocated to Taiwan in 1949, is renowned for its international exhibitions as well as its proactive and innovative educational programs on imperial China.

Established in a Japanese-style building near the Taipei Botanic Garden, the Museum was originally established in 1955 as the National Museum of Historical Artifacts and Fine Arts. Its primary purpose was to display relics of China's past that were not part of the imperial collection stored at the National Palace Museum.

It was renamed the National Museum of History in 1956 and the building was renovated into a five-floor complex styled after the imperial Ming and Qing dynasties, with four floors for exhibition rooms and administrative offices, and one floor for storage.

Permanent collections of the Museum are primarily artifacts from the Henan Museum while it was under the Republic of China's jurisdiction, and relics recovered from the Japanese government after World War II. Other collections were donated by more than 400 private collectors.

Those collections include copper utensils unearthed in the Xinzheng, Hui County and Anyang areas in Henan Province; the string-pattern pottery of the Qin Dynasty discovered in the Loyang area; the green-glazed pottery of the Han Dynasty; music and dance statues of the Six Dynasties; the tri-colored pottery of the Tang Dynasty, and other treasures.

The collections comprising over 50,000 pieces are classified into 19 categories, including calligraphy, photography, woodblock printing, pottery, lacquerware, and porcelain.

For many years, the NMH exclusively featured only exhibits on imperial China, but in recent years the Museum has begun to organize some large-scale exhibitions on other cultural materials, such as loaned Van Gogh paintings and Taiwan's indigenous cultural treasures.