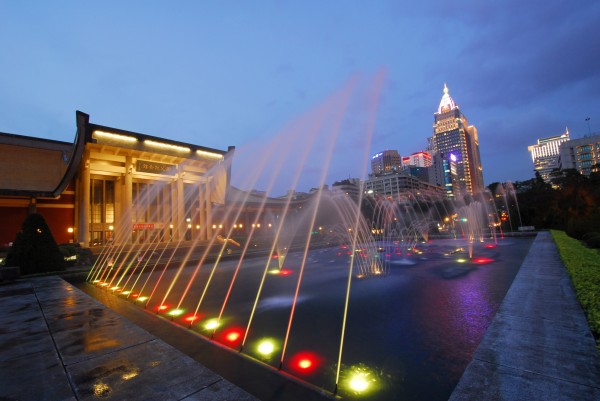 The National Dr. Sun Yat-sen Memorial Hall was established in 1972 to celebrate the centennial anniversary of the birth of Dr. Sun Yat-sen, the founding father of the Republic of China. It contains displays on Dr. Sun's life and the revolution he led, and it also serves as a social, educational, and cultural center for the public. Located in the midst of Taipei's busiest commercial area, the Hall has become a popular tourist destination for its unique architectural charisma and guard-changing ceremonies.

To commemorate Dr. Sun, the founding father of the Republic of China (Taiwan), the government began planning the building of the National Dr. Sun Yat-sen Memorial Hall in 1964. It became a place of memorial for the public to remember the nation's founder while also performing the functions of cultural and artistic education, leisure and recreation, and academic research.

Completed in 1972, the Memorial Hall consists of a total building area that covers 29,464 square meters and an open space that measures 115,000 square meters. The Memorial Hall also houses several professional exhibition venues, a lecture hall, and a library with a collection of more than 300,000 books, as well as the Emerald Pond and the Chung Shan Park.

The Memorial Hall primarily functions as a venue to display the historical relics of Dr. Sun's life and the Xinhai Revolution that established the Republic of China by overthrowing China's last imperial dynasty, the Qing Dynasty. In 1965, the late President Chiang Kai-shek presided over the Dr. Sun Yat-sen Memorial Hall's groundbreaking ceremony while Chiang's own state funeral was held at the Memorial Hall in 1975.

A statue of Dr. Sun that stands by the main entrance and an hourly ceremony of exchange among the Memorial Hall's honor guards, which can be seen between 9am and 5pm, are both popular tourist attractions in Taipei.