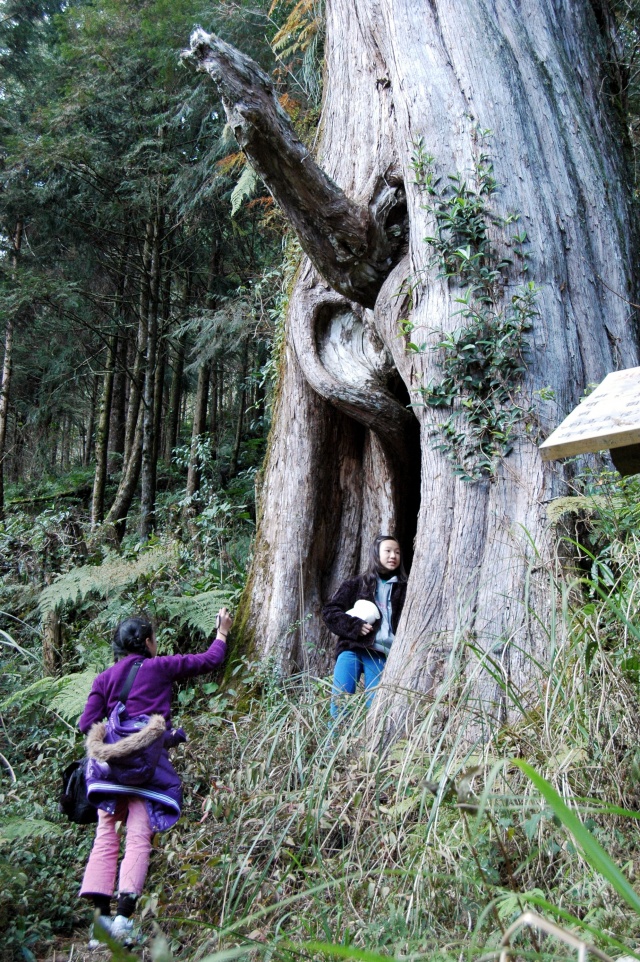 The 45,000-hectare Cilan Mountain Cypress Forest is home to some of the rarest fauna and flora in existence. Comprised of steep peaks and deep valleys at an elevation of roughly 1,200 meters above ground, the isolated region contains birds, beasts, reptiles, insects and trees that have evolved independently from the rest of the world, including 14 vascular plants that have survived the ice age.

Moreover, an average rainfall of 5,000 mm per year has given rise to a year-round mist that shrouds the forest's peaks, adding to its mysterious allure and seemingly impenetrable heights.

In a tribute to their divine status, the cypress trees are named after famous Chinese dignitaries, each chosen for a tree whose age corresponds to the time period when the historic figure lived.

There's Sima Qian the historian, Chu Hsi the philosopher, Bao Zheng the judge and Yang Guifei the imperial consort, but the highest honor belongs to the oldest cypress of them all - the 2,560-year-old Confucius, named after the most venerated scholar and educator in Chinese history.

An ecological haven and a potential World Heritage Site, the Cilan Mountain Cypress Forest straddles the Taiwanese counties of Yilan, Hsinchu, Taoyuan and New Taipei and remains a stronghold of the Atayal aborigines.

In fact, the region's namesake is derived from an ancient Atayal lore of two ill-fated lovers, from whose burial place sprung a giant cypress tree decorated with beautiful orchids. Their tribesmen were so touched by their love that they named the region "Cilan” ("Resting Place of the Orchids”), denoting a place where the bond between trees and orchids are as tight as those among Atayal people.