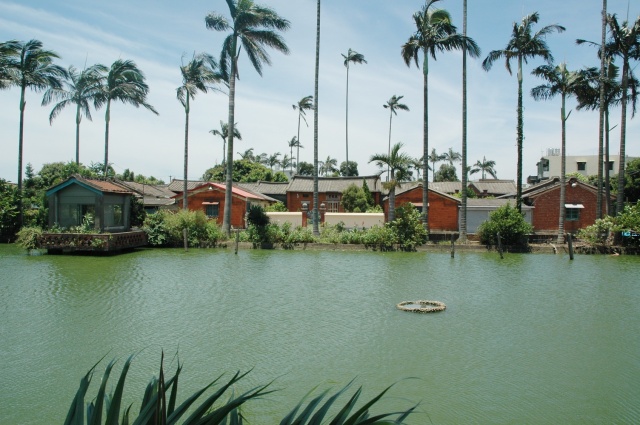 One of Taiwan's earliest agricultural heartlands, the Taoyuan Plateau was a glittering mass of water paddies and fish ponds during the 1920s - an incredible feat, given the fact that the region had no natural access to streams or rivers.

Agrarian productions were made possible only by introducing manmade waterholes to the tableland, whose rich and red clay soil was naturally suited to preserving water. The low-absorbent properties of the region's loam proved to be so successful that by 1928, more than 22,000 hectares of farmland were irrigated by such devices.

The waterhole-digging practice, which originated from the Taiwanese Plain aborigines and was later adopted by Han and Hakka immigrants, gave birth to a unique culture whose rituals and social practices became inseparable from their ponds-dotted landscape.

Five main pool categories soon emerged - feng-sui ponds, which symbolized household wealth and provided water for domestic usage, leisure ponds for recreational fishing, agrarian ponds for irrigation and aquaculture purposes, community ponds where villagers would congregate and socialize, and commemorative ponds such as the Back Cihu, a 41,076-hectare water reservoir located behind the Cihu Mausoleum in dedication to the memory of the late President Chiang Kai-shek.

Modern-day forces such as urbanization and overpopulation, however, have quelled demand for individual water reservoirs. Left without maintenance and purpose, many irrigational ponds were filled in to make way for schools, skyscrapers and shopping malls.

Moreover, the termination of the eco-friendly practice has had drastic impact on the tableland ecosystem as well; the bamboo forests and water lilies planted to shelter and stabilize the ponds have withered away with the dearth of human care, leaving behind dry holes whose water long evaporated under the shining sun.