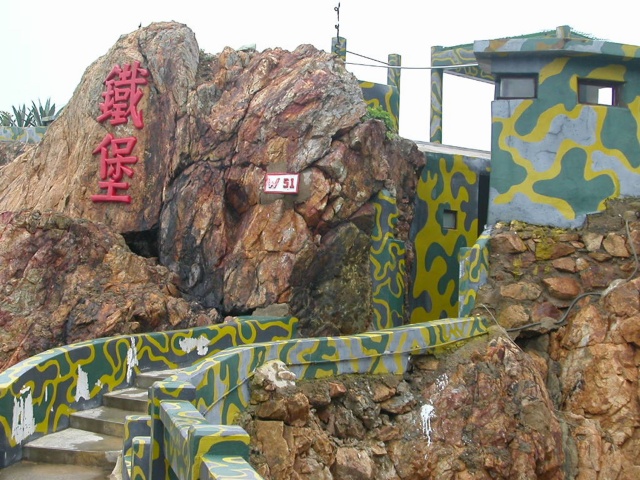 Matsu, a group of islands closer to mainland China's Fujian Province than to the isle of Taiwan, used to be a mysterious military stronghold because of its sheer inaccessibility. Today, it is one of the few places in Taiwan with abundant wartime heritage resultingfrom the tensions across the Taiwan Strait following the end of the Chinese Civil War in 1949.

Because of its strategically important frontline position in the past, Matsu has the world's highest density of air-raid shelters and blockhouses. There are 256 air-raid shelters, blockhouses, tunnels and other underground facilities that are no longer used by troops. The number of those which are still being used is a well-kept military secret.

Three tunnels - Andong Tunnel in Dongyin Township, Tunnel 88 and Beihai Tunnel in Nangan Township - are now open to visitors. Those who travelto the Beihai Tunnel can even canoe in the underground granite waterway.

Consisting of 39 rocky islets and islands, Matsu had been under strict military control and curfews until the martial law was lifted in 1992. Troops stationed on Matsu used to be as many as three divisions of 50,000 strong, but the number drops to some 4,000 today.

Although no major air strikes or battles took place in Matsu during the so-called "cold war” era across the Taiwan Strait, defense facilities there have become a valuable cultural heritage. The well-preserved battlefield landscape in Matsu has made it one of the 18 potential World Cultural Heritage sites in Taiwan.