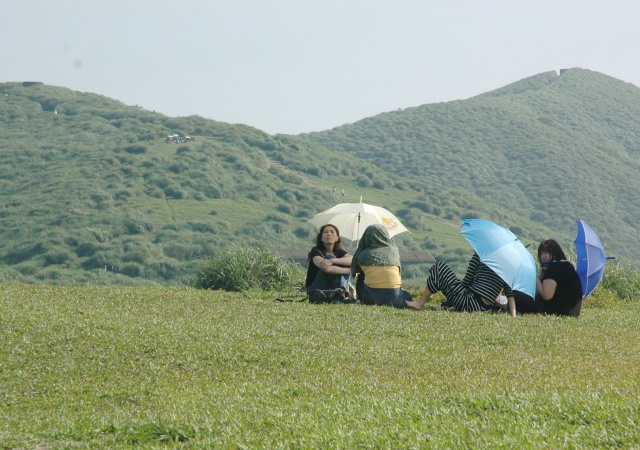 The Datun Volcano Group, which still remains dormant, is located at the northern rim of theTaipei basin and is part of the Yamingshan National Park. It covers a total area of 11,455 hectares.

Composed of more than 20 volcanoes, the Datun Volcano Group first erupted between 2.8 million to 2.5 million years ago. The second eruption, which was on a larger scale, occurred some 800,000 years ago and volcanic activities there did not cease completely until 200,000 years ago.

Numerous asteroid collisions and volcanic eruptions, as well as the effects of the rain, wind and sun, have created the special terrain of the region today.

Datun's diverse topographical features have created a unique ecology with various vegetations and abundant wildlife, including indigenous species such as Taiwan quillwort, a leek-like plant, and the endangered Formosan blue magpie.

Because of the area's value in natural resources conservation and research, it was designated as one of Taiwan's 18 potential World Heritage Sites in 2003.

The area remains a favorite mountain resort for Taipei citizens where they can enjoy different sceneries and recreation all year round, from watching cherry blossoms in the spring, walking along a trail to avoid the summer heat, to watching a sea of silver grass in the autumn and soaking in hot springs on a cold winter day.