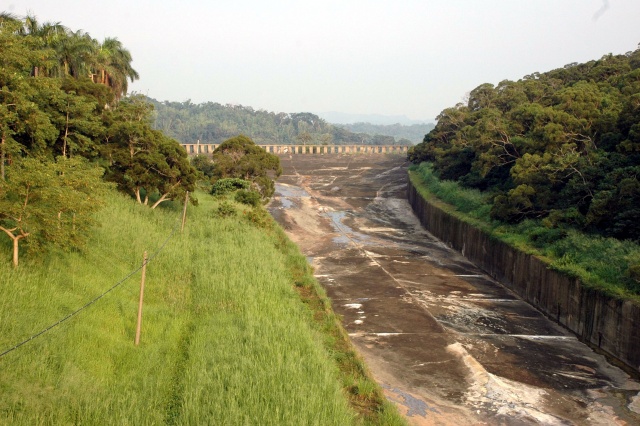 Stretching from Yunlin, Chiayi to Tainan County is the Chianan Irrigation Waterway, whose three-rotation-system allowed three times the more farmers to utilize the irrigation system. It remains a masterpiece of irrigation construction.

The reservoir and irrigation system were designed by Yoichi Hatta, who was born in the Japanese prefecture of Ishikawa in 1886, was dispatched to Taiwan after graduating from the Tokyo Imperial University in 1910, when Taiwan was still under Japanese rule.

Both the Wushantou Reservoir and the Chianan Irrigation Waterway were registered as a cultural landscape by Tainan County Government in 2009 and selected as one of Taiwan's 18 potential World Heritage Sites by the Ministry of Culture.

Meanwhile, a memorial park in honor of the Japanese civil engineer whose contributions aided Taiwan's agricultural development was opened in 2011 near the Wushantou Reservoir as part of the sprawling Siraya National Scenic Area in Tainan City.

The 1,273-meter-long and 56-meter-high dam, which began construction in 1920 and was completed in 1930, has a capacity of 150 million cubic meters of water. The reservoir, covering an area of 6,000 hectares, was Taiwan's largest man-made lake at the time of its completion.

The irrigation system, covering 10,000 kilometers of waterway, has played a major role in watering 150,000 hectares of farmland in Tainan and Chiayi since the Wushantou Reservoir was completed in 1930.