Orchid Island and The Tao (Yami) 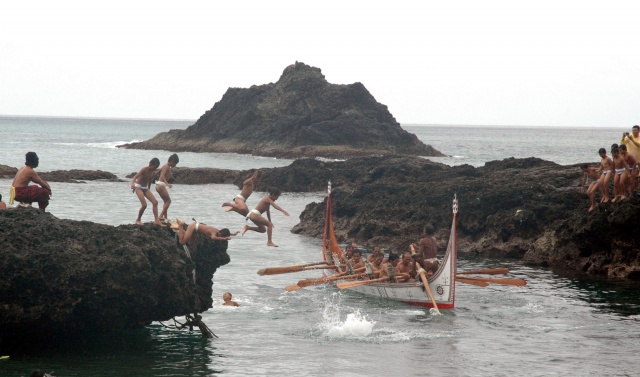 Orchid Island, formerly known the Red-head Islets, is a fist-shaped island off the southeastern coast of Taiwan. It stands approximately 49 nautical miles from Taitung and covers an area of 45.74 square kilometers at high tide.

Surrounded by coral reefs, Orchid Island lies within the northward flowing route of the Kuroshio Current and its natural environment has nourished an abundance of marine life and beautiful underwater landscapes.

Orchid Island has a tropical climate with high temperature and humidity, characterized by sudden rain and strong winds, and it is the only place in Taiwan where lush, tropical rainforest vegetation can be found. Because of its special mountainous environment, the island is home to many unique plant species.

Several rare and distinctive fauna, including two species of mammals, three species of birds (the Lanyu scops owl, the Formosan green pigeon and paradise flycatcher) and two species of reptiles, can only be found on the island.

The scenic Orchid Island, home to the aboriginal Tao people, was listed by the Ministry of Culture as one of the 18 potential World Heritage Sites in the country.

The Tao people call it "Pongso no Tao" or "Island of the People" in their native tongue. The tribe's image is closely associated to the flying fish, as fishing is not only an important economic activity for the Tao people, but also related to their religion.