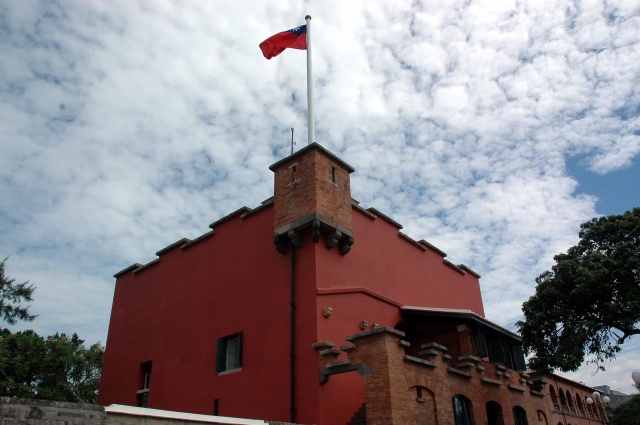 Fort San Domingo was built in 1628 by Spanish colonists, who tore the building down before they were expelled from Tamsui by the Dutch traders in 1642. The Dutch then rebuilt a fort called Fort Antonio near the site of the demolished Fort San Domingo.

The castle-like fort we see today is the Dutch fortress, Fort Antonio, which is a two-story, cube-shaped building, measuring 15.25 meters on all four sides and standing 13 meters tall.

Following the Opium War of 1868, the British leased the fort from the Qing government to use it as their consulate. Later, they built a Victorian-esque building next to it as the consular residence.

The Former British Consular Residence, an elegant Victorian-styled house blended with some Chinese elements, was built in 1891 after the British government leased the fort.

In 1980, the Taiwanese government retrieved the land from the British, and the site of the residence became the Tamsui Historical Museum in 2005.

The original church building, which later became the birth place of the Northern Taiwanese Presbyterian Church, was built by Reverend George Leslie Mackay to serve the church's growing followers, carry out religious services, and give medical care and educational seminars.

The current Tamsui Church building, with pointed pillars, arched windows and strengthened brick work, was designed and supervised by Reverend G.W. Mackay in 1932 after his father, Rev. George Leslie Mackay, passed away.

With these unique Eastern and Western features, the fort and its surrounding buildings have been listed by the Ministry of Culture as one of the 18 potential World Heritage Sites in the country.