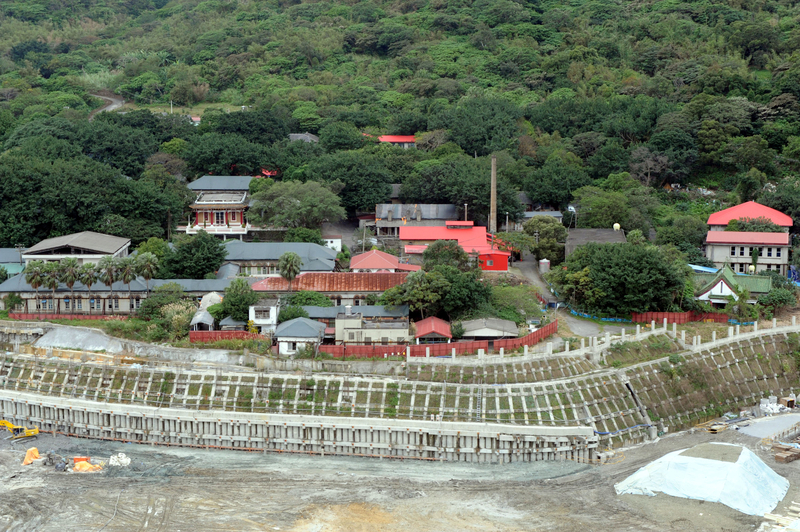 Lo-Sheng Sanatorium is the first and only government-run leprosarium in Taiwan. It was built in 1930 by the Japanese government to treat quarantined patients with Hansen disease (now known as leprosy), which was incurable at that time.

The facility on a hill between Taoyuan and New Taipei first accommodated more than 100 people during the Japanese colonial era, which was ended in 1945. After World War II, the Chinese Nationalist government continued the quarantine policy and increased the number of wards in the sanatorium from five to over 60.

The 30-hectare sanatorium, which remains a close-gated community, preserves the architectural style from the 1930s and 1950s. The original buildings were a fusion of modern European and traditional Japanese styles, while the staff dormitory is equipped with a standard Japanese garden. Other public spaces include a kitchen, a public bath house, a library and a mortuary. The residents later raised funds to build a chapel and a Buddhist temple in 1952.

In 1994, Lo-Sheng was designated as land to be used for a subway depot, a project opposed by cultural activists out of concern over potential damage to the heritage site and the residents' safety.

Two years later, more than 340 of the remaining residents, mostly elderly senior citizens, established an alliance to advocate for preserving the place they call home. In 2007, the government decided to preserve 39 buildings on the site, tearing down six others and re-building one. Nine others listed in the overall preservation project are also scheduled for renovation.

In 2009, the government designated Lo-Sheng as one of Taiwan's 18 potential World Heritage Sites because it has witnessed the development of politics, medicine, public health and human rights in Taiwan over several decades.

In 2013, Taiwanese filmmaker Hou Hsiao-hsien was named one of the two recipients of the National Cultural Award. Hou promptly donated his NT$1 million (US$33,517) prize money to finance the Lo-Sheng reconstruction efforts. Some advocates have suggested using Hou's donations to turn the sanatorium into a medical museum.