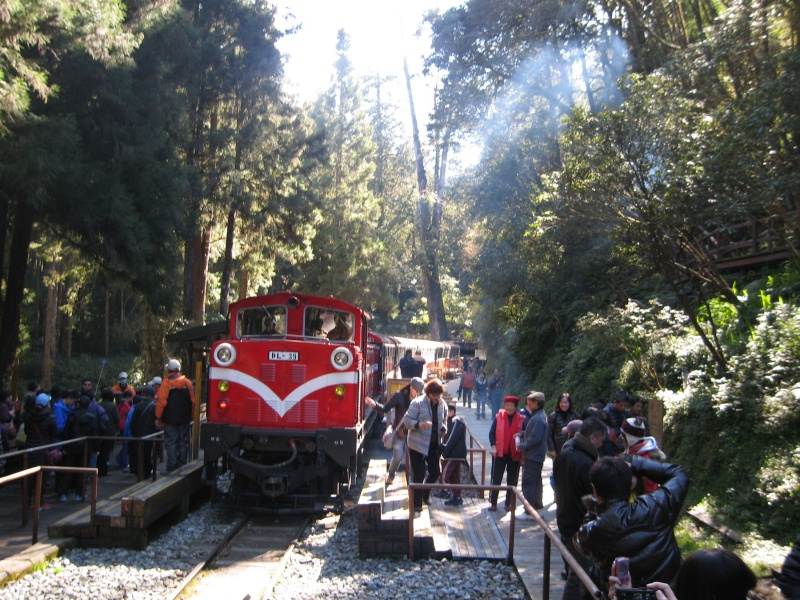 Being one of the few major mountain railways in the world, the Alishan Forest Railway has four of the five mountainous railway characteristics listed by UNESCO - using Shay style steam locomotives with "umbrella-like” gears and vertical cylinders, horseshoe curve and u-turn style railway tracks, a spiraling mountainous section (the Duli Mountain route), and a switchback mountain rail.

These characteristics are similar to those of the Darjeeling Himalayan Railway, which was listed as a mountain railway on the India World Heritage Site by UNESCO in 1999.

On its journey running from the plain to high mountains, the railway passes through 15 stations as well as three different climate zones: tropical, subtropical, and temperate. The vegetation along the circuitous route also changes from tropical to temperate and to finally alpine.

Alisan Forest Railway's 762 mm narrow-gauge tracks, the only one of its kind in the world, combines three types of railways - the forest, mountain ascending and high mountain.

With these unique features, the railway has been listed by the Ministry of Culture as one of the 18 potential World Heritage Sites within R.O.C. territories.

Unlike the national rail system administered by the Taiwan Railway Administration, the mountain railway is operated by the Forestry Bureau under the Council of Agriculture. The system is currently operated using diesel locomotives. However, there are occasional special public runs using the old steam-powered Shay locomotives.