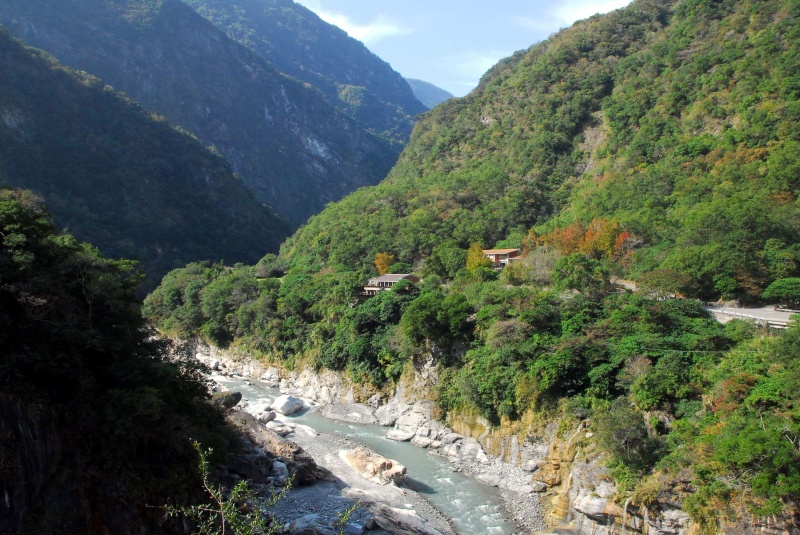 The uplifting forces resulted from plate collisions pushed the rock out of the sea-bed to where we see it in Taroko now. In fact, the region is still being uplifted by approximately 0.5 centimeter every year.

The au natural sights in the park such as the Tunnel of Nine Turns, the Eternal Spring Shrine, the Swallow Grotto, the Jinheng Park, the Bridge of the Kind Mother, Tiansiang, the Jhueilu Precipice, Lioufang Bridge, Hill of Yu the Great and Buluowan are now popular tourist attractions.