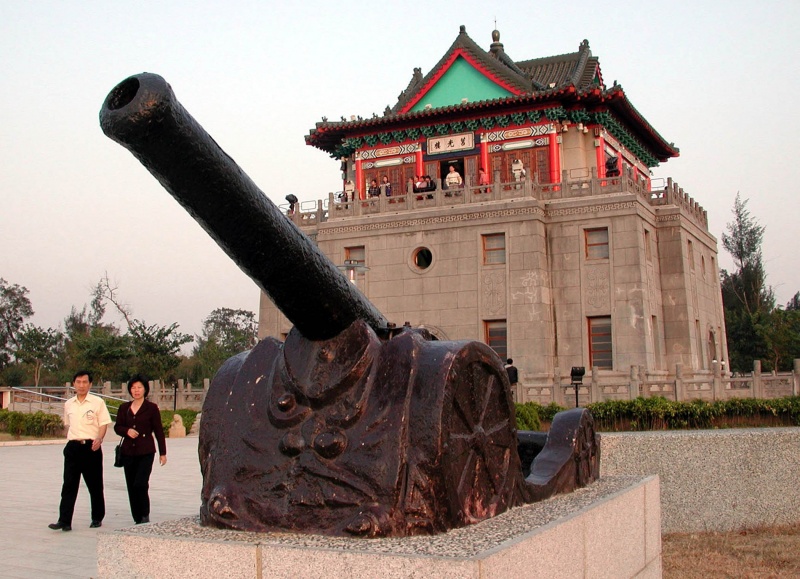 Kinmen Island lies in the Amoy (Xiamen) Bay, southeast of mainland China's Fujian Province, with a total area of 150.456 square kilometers. The outlying island is 277 kilometers off the coast of Taiwan proper and a mere 10 kilometers from Xiamen Harbor.

One of the most famous incidents that took place on Kinmen was the 1958 Artillery Battle, a vicious 44-day period of intense shelling by the Chinese Communist forces that started on Aug. 23, 1958. At the end of the so-called "823 Bombardment,” however, the Chinese Communists abandoned their plans to attack Taiwan proper by hopping from the islands of Kinmen and Matsu.

Kinmen County has jurisdiction over a total of 12 islands including Kinmen Island, Lieyu, Dadan Island and Erdan Island. Because of its unique geographical location, Kinmen has an abundance of historic and culture sites, traditional villages and natural resources.

The Kinmen National Park was established in October 1995 as part of the government's efforts to conserve natural resources and preserve important historic and cultural sites as well as battlefield monuments, marking the first of its kind in the country.

"Kinmen and Lieyu” was selected as one of Taiwan's 18 potential World Heritage Sites by Ministry of Culture in 2003, and renamed as "Kinmen and Matsu Battlefield Culture” in 2009.

Today, Kinmen has a new look after being transformed from a killing field into a peace boulevard. It also serves as a major hub for the "mini-three links” connecting the two sides of the Taiwan Strait.

The "mini-three links” policy implemented in January 2001 has initiated direct trade, post and transport between the Kinmen and Matsu islands and mainland Chinese ports of Xiamen and Mawei, respectively.