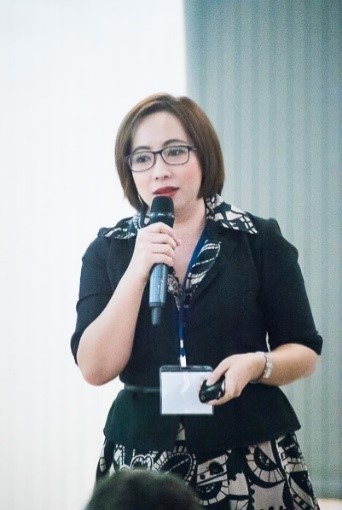 Director of the Laos Gallery in Vientiane, Laos, Misouda Heuangsoukkhou has never studied art. She has degrees in law, business administration, disability studies, and public policy, but not in art. When her parents opened the Laos Gallery in 1958 as an informal space where they could display artworks they had bought during their travels, it was the first art gallery in Laos.

In 2007, Misouda Heuangsoukkhou inadvertently entered the world of curation, when she went to the Mekong Art and Culture Project press conference to see a friend. After being invited to a curator's workshop that was part of the project, in the end was actually chosen to work with the team as curator. She also works with the Association of Autism in Laos, doing art therapy with autistic children and organizing art exhibitions for them.

Heuangsoukkhou noted that Laos is famous for its traditional craft, but the outside world has very little knowledge about its art scene. After she started to work as curator, she received letters from many organizations asking for more information about art in Laos because information could not be found on the internet.

Modern painting was not introduced to Laos until the late 1950s by a French artist called Marc Lequage who loved painting the country's beautiful landscapes. Landscape and flora and fauna are a common theme in the work of Laotian artists because many artists, such as Savay and Mai Chandavong, were influenced by Lequage and because their target audience is mainly people who want paintings as souvenirs. Many Laotian expatriates visit Heuangsoukkhou's gallery to buy works that remind them of their childhood and their homeland.

However, artists who have traveled or studied abroad are also bringing back new artistic themes and forms. Bonpaul, whose work was shown at the Singapore Biennale 2013, is one such artist. His community projects have challenged Laotian perceptions about art, making people ask what art is. Laos Gallery is also working with a Laotian artist growing up abroad to introduce new ideas and movements to young people.

As in Brunei, artists in Laos face several challenges. First, they are still looking for an identity: are they artists or craftsmen? Audience perception is another issue: many artists cannot get their works into exhibitions because organizers expect art to follow certain (Western) norms, regardless of the creator's own culture or background. Lack of public space and government support also makes the lives of art workers more difficult.

To overcome funding difficulties, the Gallery has grouped its artists into small teams to run campaigns, communicate with the outside world, and talk to potential partners. Heuangsoukkhou would also like to set up more artist residency projects as a way to broaden the horizons of the public and the art world.