Phloeun Prim | The Cambodian Living Arts Model: Transforming a Nation through the Arts 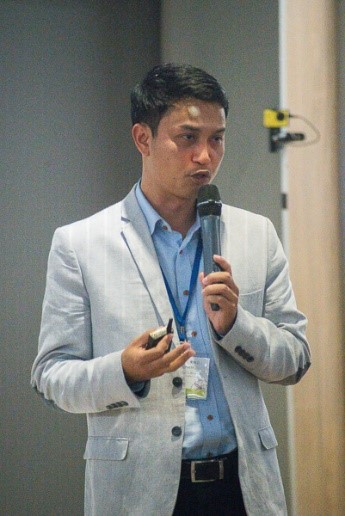 Cambodian Living Arts Model: Transforming a Nation through the Arts

The destruction of Cambodian culture during the Khmer Rouge regime was brutal: eighty percent of Cambodian artists were killed during the genocide. Phloeun Prim, director of Cambodia Living Arts (CLA), believes that arts and culture can help to bring about social revival. CLA is a Cambodian non-profit organization that focuses on Cambodian art and envisions the creation of a vibrant and dynamic cultural sector throughout Cambodia by 2020. CLA hopes to make the country known around the world for its arts and intends to act as a catalyst for this development.

In response to the danger of losing Cambodia's artistic memory and identity, CLA is dedicated to the recovery and preservation of the country's cultural heritage. In its first ten years of operation, 1998 to 2008, CLA focused on the revival of traditional performing art forms. By gathering old arts masters around the countryside, who transmitted their skills to the new generation and reached out to communities, CLA helped revive and preserve basic performance skills. The organization sought to answer these questions: How can we keep this transition going? How can we perpetuate the ritual music and dance that existed in Cambodia before the genocide? How can we engage new generations?

In addition to helping transmit artistic traditions, the organization has been working to engage young people and to create an economic model by examining the possibility of setting up a social-cultural enterprise to help sustain arts in Cambodia. The culmination of CLA's efforts is a project entitled Season of Cambodia, a festival created to represent the whole of Cambodia, as part of the organization's mission to take Cambodian arts to the global stage. Prim said efforts to reach out to international audiences used to center on the West, but two years ago CLA started to look to promote cultural exchange with neighbouring countries.

While CLA strives to give Cambodia an international reputation for the arts, it is also trying to foster creative connections and shape the region into an international hub for artistic excellence.The CLA's Young Leadership Fellowship program helps young cultural sector leaders in Vietnam, Myanmar, Lao, Cambodia, and Thailand to connect, in the hope of creating an Asian network for collaboration and partnership.

CLA will also be hosting the 3rd Asia-Pacific Network for Cultural Education and Research Conference in Cambodia from 14 to 16January 2016, which will bring together educators, practitioners, academics, and students from the cultural field to talk about the vitality and viability of arts ecosystems in Asia.

Prim added that the CLA will host the first Forum on Living Arts in Post-Conflict Contexts in April 2016 in order to explore the role that arts and culture can play when a country goes to war or suffers a genocide, and the ways audiences can be brought in. Invitations are already being sent out.