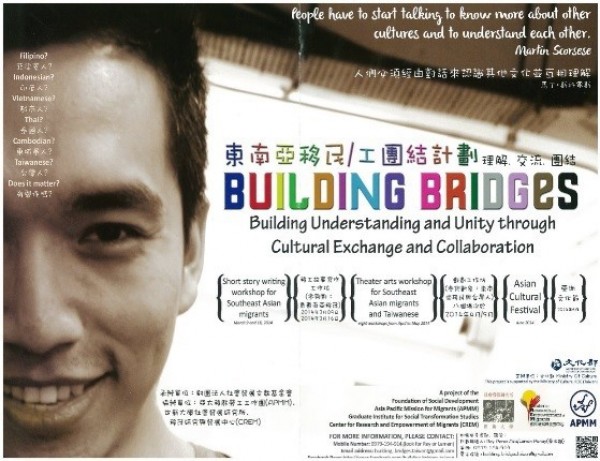 Rey Asis of the Hong Kong chapter of Asia Pacific Mission for Migrants came to Taiwan to guide migrant workers and foreign spouses to write short stories and participate in theater workshops. Their works were then presented simultaneously in an Asian culture festival held in three languages - Mandarin Chinese, English, and Indonesian - and broadcasted live through the internet.

The online broadcast enabled synchronous connection with other migrant workers and immigrants groups, thereby creating the opportunity for such groups to participate in the cultural festival as well.

Song performances, book releases, issuance of writing workshop certificates, recognition of outstanding works, sharing of experiences, and drama performances were arranged to present bits and pieces of the lives led by new migrant workers and immigrants in Taiwan.

The writings and stories written by new migrant workers and immigrants through the workshop were then collected and published as an anthology titled "My Friend's Diary.”

The collaborative cultural project helped migrant workers and immigrants express their feelings of homesickness and describe a slice of their life in a foreign land. They were also able to share Southeast Asian cultures and traditions with Taiwanese citizens and fulfill the project's objective of cultivating in-depth cultural exchanges. 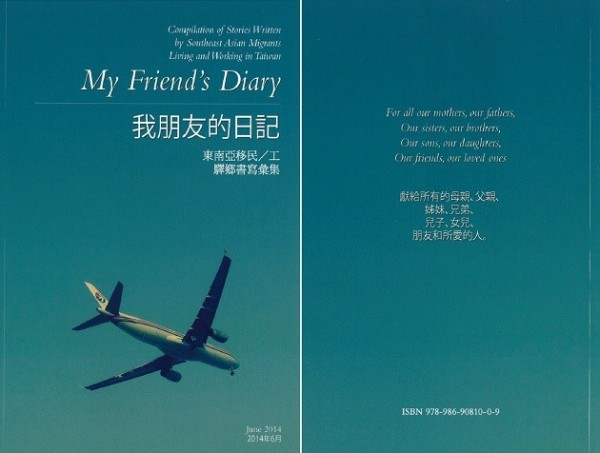