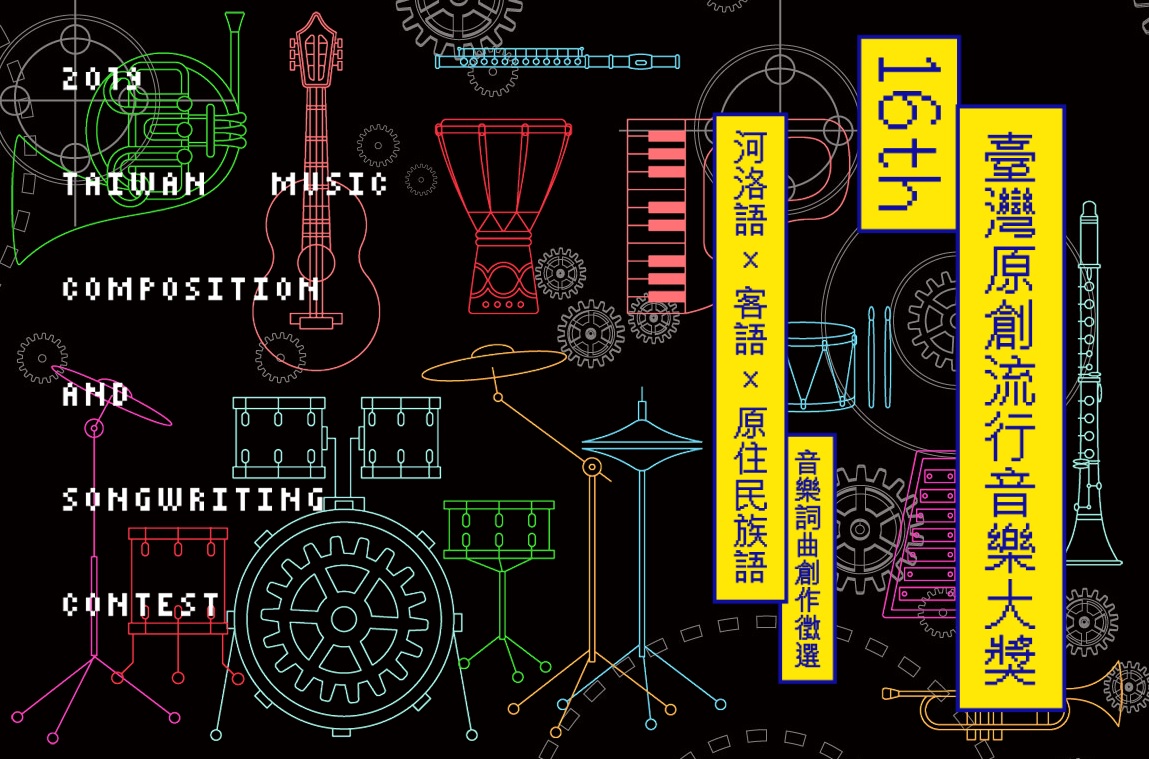 A total of 30 musical works from 215 competing pieces was chosen on July 18 to enter the final stage of the 2019 Taiwan Music Composition and Songwriting Contest, which is co-organized by the Bureau of Audiovisual and Music Industry Development, Council of Indigenous Peoples, and Hakka Affairs Council to promote the creation of original music in native languages.

The 30 productions were selected via a native-language review, preliminary review, and secondary review, which were conducted over the past three months to examine the 215 submissions that include 135 written in Hokkien, 35 in Hakka, and 44 in indigenous languages.

According to the judge panel, the competing works this year feature diverse styles and novel themes, with some experimental works receiving high praise for conveying the ingenuity and skillfulness of their creators. The jurors also stressed that special emphasis will be placed on whether the artists can master the accurate pronunciation and accent of their mother tongue during performances, and whether they are able to innovate without sacrificing the classical elements of that language in their works.

Having nurtured many excellent singers and musicians over the years, the Taiwan Music Composition and Songwriting Contest will celebrate its 16th anniversary this August.

The 30 shortlisted entries of the 2019 competition will compete live on Aug. 24 at the CPC Taipei Office at No. 3 Songren Road, Xinyi District. The top prize winner will walk away with NT$300,000.

Indigenous singer Utjung Tjakivalid (舞炯恩‧加以法利得) and boy band CaoTun Boyz (草屯囝仔) will also hold special performances at the awards ceremony that will be held on the same day. Log onto www.nv.com.tw/108toma for free tickets and further information.