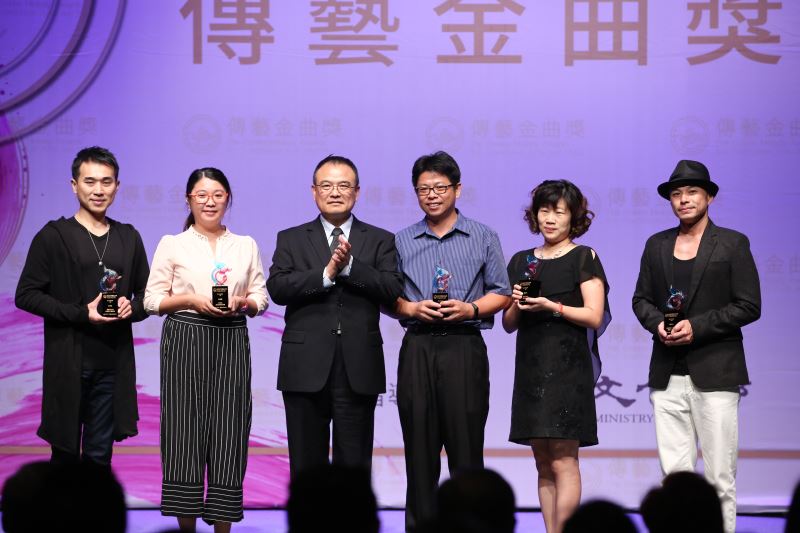 The creators behind the 91 entries shortlisted by the 30th Golden Melody Awards for Traditional Arts and Music were given a special reception on July 20 at the Taipei-based Taiwan Traditional Theatre Center.

They were selected from the 1,078 competing submissions that the awards organizer — the National Center for Traditional Arts (NCFTA) — received from an open call. The "Applaud the Nominees!" event is devised to honor the shortlisted candidates ahead of the actual awards ceremony slated for August.

At the July 20 event, Deputy Minister of Culture Hsiao Tsung-huang (蕭宗煌) expressed his gratitude to all artistic creators of Taiwan's traditional arts sector for their tireless creative efforts, as traditional heritage is a crucial element of a nation's culture and arts.

He added that Taiwan's traditional artists now have a dedicated venue for their performances since the NCFTA opened the Taiwan Traditional Theatre Center three years ago. Moreover, the center will offer all its support to help facilitate new creations and the inheritance of their trade.

The Deputy Minister stressed that the Ministry recognizes the paramount importance of traditional arts and has continuously increased its budget for this sector. In the meantime, NCFTA is working hard to push forward a program aimed at cultivating successors for Taiwan's theatrical arts so that the nation's traditional heritage will not be lost.

NCFTA Director Chen Chi-ming (陳濟民) pointed out that the 1,078 applications that the center received this year for the competition were 184 more than last year, proving that more and more traditional artists in Taiwan have carved out a niche of their own with their rich creativity.

The 1,078 applications were submitted by 102 performers composed of 71 publishers and 31 theatrical performers. The publishing category received 920 submissions this year, up 11% from last year's 824.

The performance category saw the number of submissions soar by 125% — from last year's 70 to 158 applications in 2019 — thanks to the addition of "best script" and "best music design" to existing awards.

A panel of 21 jurors then chose 91 works (available for viewing on YouTube) as the shortlisted entries after three months of stringent reviews.

The final winners will be announced on Aug. 10 at the Taiwan Traditional Theatre Center. The awards ceremony will also be broadcast live on Facebook.