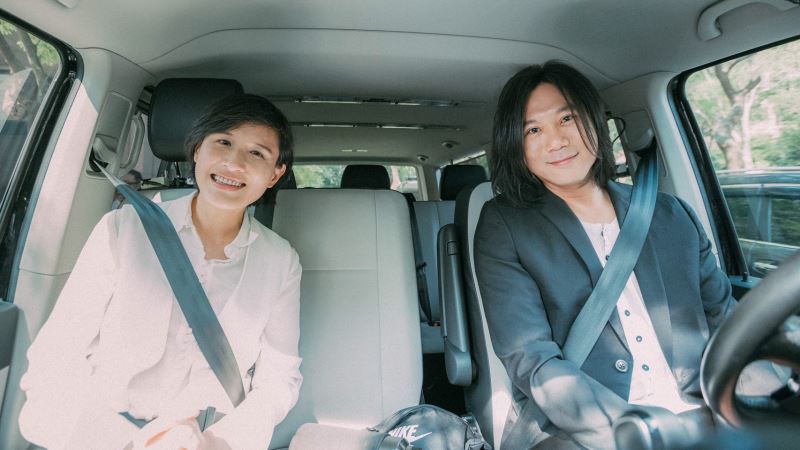 In a live online broadcast on Oct. 3, the Bureau of Audiovisual and Music Industry Development announced the nominees for the 10th Golden Indie Music Awards (金音創作獎). The broadcast began by revealing Masa (瑪莎) of Mayday as chair of the jury as he sets about driving between top music venues in Taipei, picking up special guests and music artists along the way to jointly present the nominations.

Minister Cheng noted that with Mayday bassist Masa as chair upon the occasion of GIMA entering its tenth year, the awards will continue to flourish and become a benchmark of Asian music cultivation. This year's theme is "Freedom," she added, to represent the core ideas of encouraging innovative, open, diverse, and independent music creation.

Masa stated that he was extremely honored to receive this great responsibility. He believes that the boundaries between mainstream and independent music have begun to diminish in these past two years, and he feels empowered to blaze a new path for the Golden Indie Music Awards. GIMA is exceptional and he trusts by expanding the composition of the jury panel to include a wider scope of age groups and experts from diverse musical fields, the awards will appeal to even more viewers.

Cheng stated that beginning from last year, the Ministry has been promoting a three-year expansion of the Golden Indie Music Awards. The first change was opening up the selection of the jury panel to include internationally recognized experts, which would further uphold the core values of GIMA.

The second difference is that GIMA is no longer a one-night awards ceremony, but rather a music festival spread across several days. Once again, this year's Asian Rolling Music Festival will be held in tandem with the Golden Indie Music Awards. Over 40 Taiwanese acts and top international artists have been invited to perform in live houses in Taipei and Kaohsiung.

A total of 2,744 aspiring artists signed up for the awards this year, with the jury panel nominating 128 pieces for 23 awards. This year's Award for Outstanding Contribution will be presented to Kay Huang (黃韻玲), a veteran Taiwanese music producer, singer and actress.

Huang began her singing career at a time when Taiwan's music scene was not as appreciative of female voices, but Huang persevered and today she has become an important role model to artists from younger generations. Along the way, she has also cultivated many excellent new music talents, collaborated with younger artists, and produced pop music, stage plays, and film soundtracks.

The 10th Golden Indie Music Awards ceremony will be held on Nov. 16, while this year's Asia Rolling Music Festival has invited Taiwanese and international artists to perform and hold lectures at six live houses in Taipei and Kaohsiung from Nov. 10 through 17. For more details, please visit the official website of the event and its Facebook.