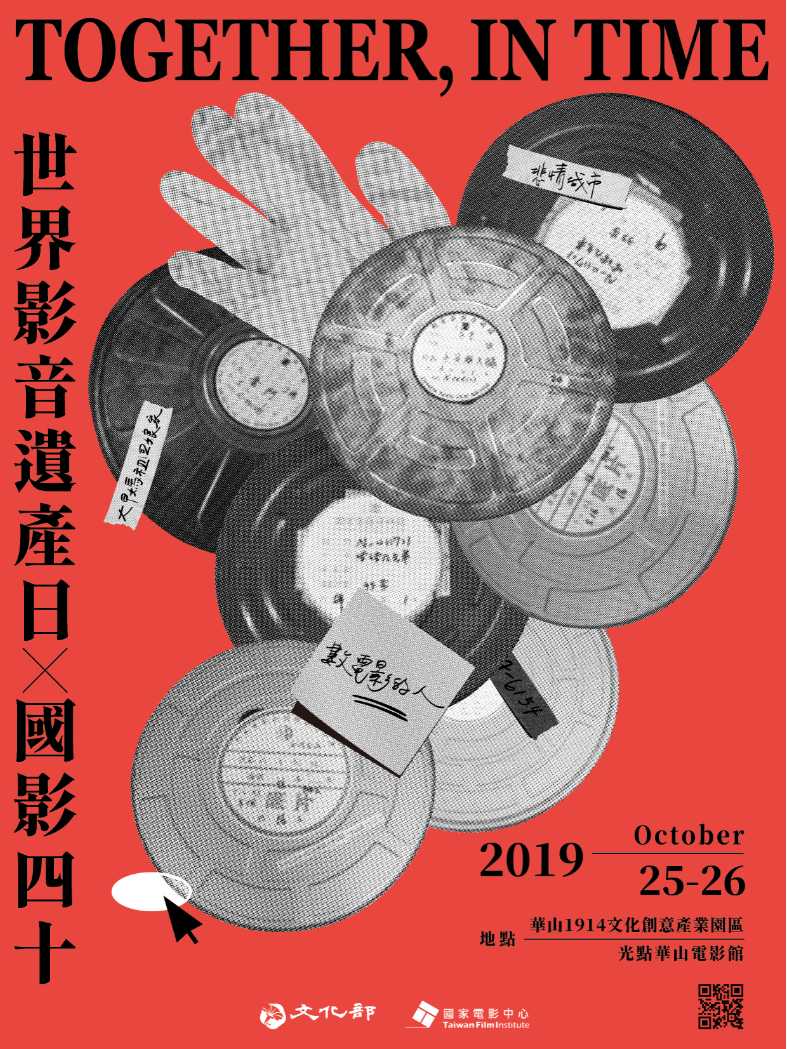 In honor of the 40th anniversary of the Taiwan Film Institute and UNESCO's World Day for Audiovisual Heritage, TFI will be holding three special film screenings on Oct. 25 and 26: a new documentary showcasing the fascinating experience of collectors and restoration personnel racing against time; a restored documentary about the Dajia Mazu pilgrimage; and Taiwan's first film shot on 35mm gauge that captured the Golden Lion Award at the 1989 Venice Film Festival. The TFI invites everyone to witness the institute's collection and digital restoration achievements, and partake in cross-generational cultural memories through the revived films.

"Archiving Time (數電影的人, 2019)" is a TFI self-produced documentary film unveiling the mystery of the preservation and collection tasks of the TFI archive. In addition to documenting everyday life of those who work at the archive, it also reflects upon the ruthlessness of time and age.

The digitally repaired documentary "Dajia Mazu Returns Home (大甲媽祖回娘家, 1974)" was produced by writer Huang Chun-ming (黃春明) and photographer Chang Chao-tang (張照堂) in 16mm film to faithfully record the devotion of those who partake in the annual Dajia Mazu pilgrimage. It is a classic work showing the beauty of folk culture that helped usher forth a new era of documentary-making and reportage in 1970s Taiwan. Moreover, due to censorship restrictions of that time, the documentary was originally dubbed over with Mandarin; therefore, the Taiwanese sound bites have been restored for the TFI anniversary program.

The first 35mm gauge film in TFI's collection — "A City of Sadness (悲情城市, 1989)" — was chosen for screening because it resonates with the 2019 World Day for Audiovisual Heritage slogan of "Engage the Past Through Sound and Images." The Taiwanese historical drama film on Taiwan's martial law era known as the White Terror is directed by acclaimed auteur Hou Hsiao-hsien (侯孝賢).

Taiwan Film Institute (TFI) is a foundation set up by the government to preserve Taiwan's film heritage. TFI's core missions are the preservation and digital restoration of films, expansion and maintenance of its extensive archives, and international promotion of Taiwan cinema. More information on the institute's history is available here.

"Dajia Mazu Returns Home" will be screened on Oct. 25 at 3.30pm, followed by "Archiving Time" at 7.30pm. "A City of Sadness" will be shown on Oct. 26 at 1pm, and the venue for all three screenings will be the Huashan Spot Cinema. This is a free-of-charge event with limited seating, and each individual can request up to two tickets from TFI's fourth-floor service desk.

The original press release is available here and the latest program information will be posted on the institute's Facebook page.